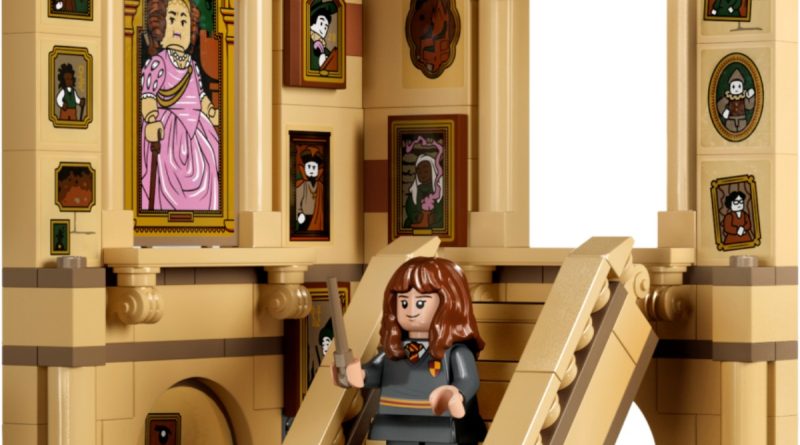 A brand new LEGO Harry Potter GWP is now available on the online store, recreating a room from Hogwarts at a scale never seen before.

According to a listing on LEGO.com, this new Wizarding World GWP is valued at £17.99 / $19.99 / €19.99. It includes one minifigure of Hermione Granger and a modular build for the moving stairs of Hogwarts.

One flight of stairs is included, but it can direct students and staff towards one of two upper archways with the portrait of the Fat Lady blocking one and guarding the entrance to the Gryffindor tower. Two more can also be found below. Of course, this can be arranged alongside the rest of the LEGO Hogwarts sets in whatever you wish.

You might want to combine this new gift with the last LEGO Harry Potter GWP, 40452 Hogwarts Gryffindor Dorms, moving the room behind the portrait to keep things as accurate as possible.

It’s not the first time that the Fat Lady painting has appeared in a LEGO Harry Potter set, also featuring in 4722 Gryffindor House. However, this modernised appearance makes it much more accessible for those who missed out on the very first LEGO Harry Potter models over 20 years ago.