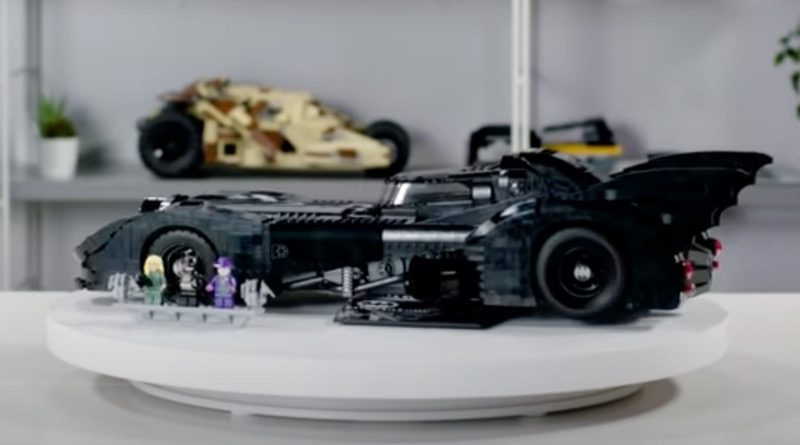 A designer video for a classic LEGO Batman set may have already given us a glimpse of the rumoured new UCS Tumbler.

Turn back the clock to 2019, and the LEGO Group was just kicking off its seemingly annual line-up of Batman direct-to-consumer models with 76139 1989 Batmobile (followed in 2020 by 76161 1989 Batwing). Those regular releases are reportedly set to continue this year with a fresh take on 2014’s 76023 The Tumbler – but have we already seen a brief glimpse of the latest LEGO version of Christopher Nolan’s Batmobile?

Quite possibly, because the designer video for 76139 1989 Batmobile features a camouflaged version of the Tumbler (post-reappropriation by Bane in The Dark Knight Rises) in the background. It’s difficult to make out any particular details, but the colour scheme alone is enough to separate it from the all-black 76023 The Tumbler.

Of course, November 2019 is a long time ago, and it’s not very likely that the LEGO Group would have a set ready to push to market two years ahead of its actual debut. But a concept could easily have been in place by then – 10283 NASA Space Shuttle Discovery’s original sketch model was built years ago, but the final product only arrived on shelves last month.

If 76139 1989 Batmobile outperformed the LEGO Group’s expectations – and the immediate launch of 76161 1989 Batwing suggests it might have – it’s also not beyond the realms of possibility that the company might have decided to take a concept camo Tumbler and turn it into a fully-fledged set for release in 2021.

This is all just speculation for now, and given the LEGO Group’s penchant for releasing the most iconic versions of any particular vehicle – particularly in the LEGO Star Wars theme, where the entire rebel fleet consists of only Red Five X-wings – it still seems more likely that any future Tumbler redesign would also come in black.

But a camo colour scheme would certainly make for a more interesting and eye-catching model, particularly among the Dark Knight’s fleet of otherwise monochrome vehicles. For now, we’ll just have to wait and see what the LEGO Group has in the works (if anything – the new Tumbler’s existence is still just a rumour at this stage).