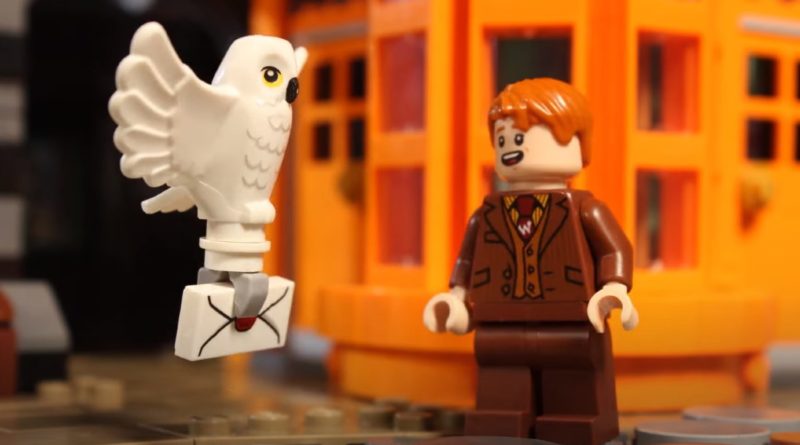 A new LEGO stop-motion is depicting the troubles that delivery owls of the Wizarding World face as Hedwig persists to get the post to Harry Potter.

LEGO brickfilm animation studio Brotherhood Workshop has uploaded a fresh animation for the first time in four months, imagining what the owls must go through to get the letters to the students at Hogwarts.

The video uses stop-motion, a familiar technique for LEGO animators, to show the journey that Hedwig embarks on from 75978 Diagon Alley to the school of witchcraft and wizardry, passing a Hungarian Horntail, the Whomping Willow and even Dementors on the way.

Official elements make up the majority of the video, including accessories for the owl such as an umbrella, though when Hedwig passes through a snowstorm, she equips a scarf and beanie, only the latter of which is made of LEGO.

You can watch the animation, which lasts under a minute in total, by clicking on the embedded video above. To continue the adventures of Hedwig, the flying variant of the owl can currently be found in 75979 Hedwig.

Alternative, two more delivery owls are scheduled to appear in 76399 Hogwarts Magical Trunk and 76398 Hogwarts Hospital Wing when the pair launches on March 1. Another duo of LEGO Harry Potter models release that same day, and you can find out more about them by clicking here.

Support the work that Brick Fanatics does by purchasing your LEGO Harry Potter through our affiliate links.