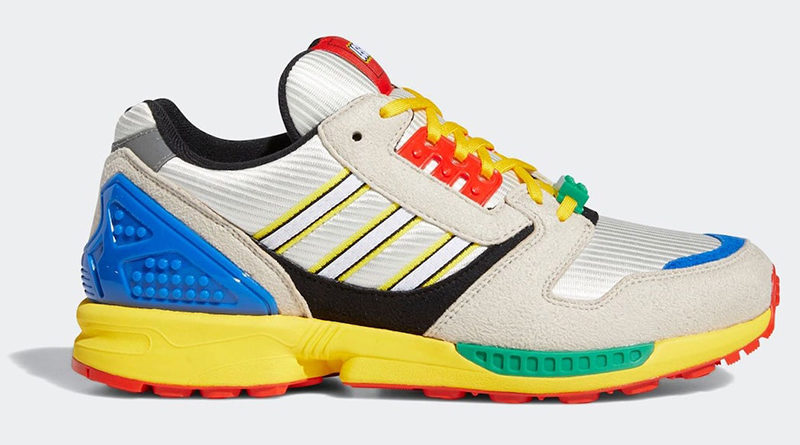 LEGO and Adidas recently released a long-teased pair of trainers. You had to be insanely lucky to get your hands on them, though, because in true Adidas fashion, they were very, very limited.

If fate wasn’t smiling down on you, don’t worry: Allen over at The Brick Fan managed to secure a pair, so you can at least live vicariously through him. And he’s even given us a closer look at the shoes in his extensive review.

Developed in collaboration between the two companies, the LEGO x Adidas ZX 8000 shoes are a garishly colourful tribute to the brick. According to Allen, they’re comprised of rubber, synthetic suede and mesh, and the laces (and their brick jewels) are interchangeable.

In terms of comfort, Allen says they’re “kind of stiff”, noting they’ll probably need breaking in. Given their collectibility and rarity, though, it’s hard to imagine many fans will be keen to do so.

The shoes were also briefly available as a VIP reward at LEGO.com – for a whopping 15,600 points. You’d have needed to have spent £1,950 to rack up that total. And then been at your keyboard the moment they went live, because they lasted all of a minute.

Fortunately, the LEGO Group is offering one last chance for you to get your feet on a pair. Head to the VIP Reward Centre at LEGO.com, and you can buy a raffle ticket for your desired size for 50 points. That draw closes on October 11.

Adidas’s release strategy might seem odd, as most LEGO sets linger on shelves for at least a year. But according to Allen, it’s absolutely the norm for the shoe market.

Adidas is currently celebrating its history-making trainers through the A-ZX series. The brand will release 26 different sneakers in total, collaborating with creators and companies alike. The original ZX line launched in 1984, and has influenced retro releases ever since.

Even if you can’t buy new kicks from LEGO.com, you can buy new LEGO sets there. And if you do, please use our affiliate links, so we can keep bringing you the very best LEGO content.