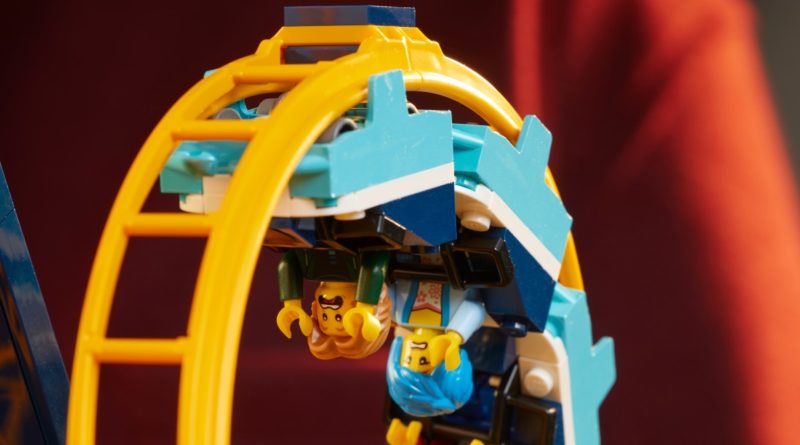 The new LEGO rollercoaster is an impressive technical feat, and now we’ve got a more solid understanding of how it works.

LEGO YouTuber (and former LEGO model designer) Tiego Catarino has posted a review of 10303 Loop Coaster on his YouTube channel. The video reinforces that this is a particularly striking model thanks to its height and smooth functionality. However, what’s especially interesting is the mechanisms underpinning it.

Despite the complex nature of the build, the loop coaster can be operated by turning a single crank. This causes several different mechanisms to work together; the rollercoaster cars are raised up to the right level (before the track is dropped down via a counterweight) and a spinning rubber tyre pushes the cars forward to the bottom of the track again. A stopper raises up to the prevent the rollercoaster cars from derailing before the moving track section is in place.

The video also makes it clear that you don’t necessarily need new LEGO Powered UP components to automate these mechanisms. If you have a sufficiently powerful LEGO Power Functions motor (and a corresponding battery box) this should also be compatible. As such, if you have any of these components hanging around, you may be able to save some money on an already expensive model.

If you’re interested in picking it up, 10303 Loop Coaster is available to LEGO VIPs from July 1 at LEGO.com. It’ll be available to everyone else here on July 5.