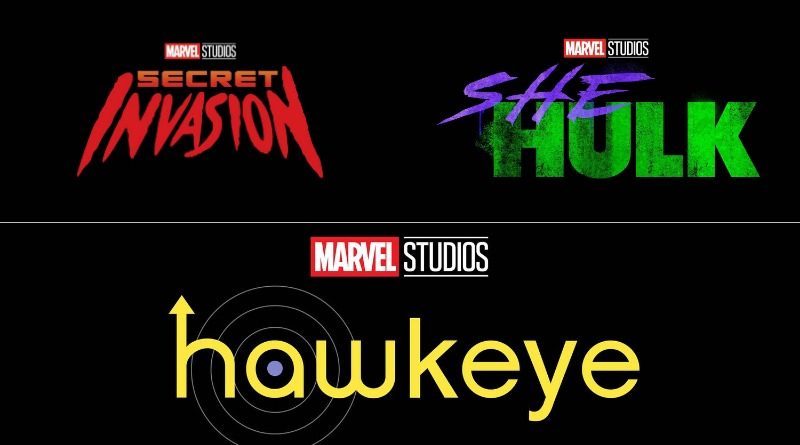 Marvel Studios is bringing 11 new superhero shows to Disney+ over the next few years, along with a Guardians of the Galaxy-inspired holiday special.

Disney has confirmed an entire slate of new series coming to its streaming service, while also providing updates, trailers and clips for previously-announced shows. It’s a packed production schedule, particularly when you take into consideration all the Phase 4 films coming in the next half-decade or so, and will likely mean some tough decisions for the LEGO Marvel team.

Which shows and movies are worth covering? Which can the LEGO Group safely ignore? Time will tell, but you may be able to make some educated guesses by reading through the list below. For now, here’s every Marvel TV show and special coming to Disney+.

This post-Avengers: Endgame miniseries chronicles the continuing adventures of Wanda Maximoff (or Scarlet Witch) and Vision. Based on everything we know so far, it looks like its wacky sitcom premise may very quickly unravel into something more traditionally Marvel-like. We’ll find out for sure when the first episode debuts on January 15, 2021.

Marvel has revealed an exclusive first look at this Captain America spin-off series, which – as you can probably guess – focuses on Falcon and the Winter Soldier. Anthony Mackie, Sebastian Stan, Daniel Brühl and Emily VanCamp are all reprising their silver screen roles for the show, which will premiere on March 19, 2021.

Loki may have met an untimely end in Avengers: Infinity War, but it was nothing a little time travel couldn’t fix. Owen Wilson, Gugu Mbatha-Raw and Richard E. Grant will join Tom Hiddleston for this post-Avengers: Endgame series, which is set to arrive on Disney+ in May 2021.

This animated series asks the questions we all want the answers to, like, “What if Peggy Carter was the one who became a super soldier?” Okay, we’re not sure anybody was really asking that specific question, but What If…? should still throw up some interesting scenarios when it lands in summer 2021.

Iman Vellani will bring Kamala Khan to life in live-action for the first time in this late 2021 series. But we won’t have long to wait for even more Ms. Marvel content, as the superhero is also set to join Carol Danvers on the big screen for Captain Marvel 2 in 2022.

Jeremy Renner and Hailee Steinfeld are teaming up as the archery amigos Clint Barton and Kate Bishop for Hawkeye, which will debut on Disney+ in late 2021. Vera Farmiga, Fra Fee, Tony Dalton, Zahn McClarnon, Brian d’Arcy James, and newcomer Alaqua Cox round out the cast.

This comedy series sees Tatiana Maslany starring as the titular She-Hulk, a lawyer who specialises in superhuman-oriented legal cases. Mark Ruffalo and Tim Roth will also reprise their roles as Hulk and Abomination, the latter of whom you might (or might not) remember from 2008’s The Incredible Hulk. No word yet on whether Ed Norton will make an appearance…

Mohamed Diab is taking on directing duties for this series, which will centre on the titular character of Moon Knight. He’s a vigilante who suffers from dissociative identity disorder, with each of his multiple identities acting as a distinct character in the show.

Samuel L. Jackson and Ben Mendelsohn will reunite for Secret Invasion, reprising their roles as Nick Fury and Talos. The ‘crossover comic event series’, as Marvel is billing it, will focus on a group of shapeshifting Skrulls who have spent years infiltrating Earth.

Details on this one are scarce, but Dominique Thorne is set to star as genius inventor Riri Williams. She’ll follow in Tony Stark’s footsteps by assembling an advanced suit of armour. Can you see where this is going yet?

Don Cheadle will return as James Rhodes – or War Machine – for this series, which seeks to answer the age-old question: “What happens if Tony Stark’s tech falls into the wrong hands?” (The answer, we assume, is ‘bad things’.)

The Guardians of the Galaxy Holiday Special

If the LEGO Star Wars Holiday Special wasn’t enough festive fun for you, good news: the Guardians of the Galaxy will be back for 2022’s season of goodwill on Disney+. James Gunn is helming the live-action special ahead of his silver screen threequel in 2023.

Everyone’s favourite talking tree is coming to Disney+ in a series of shorts. Marvel’s referring to him as a ‘seedling’, so expect more cute Baby Groot, and less moody Teenage Groot, alongside an appropriately zany cast of supporting characters.

That’s an absolutely overwhelming number of series, specials, shows and shorts. It would be impractical for the LEGO Group to touch on all of them, but we reckon Loki, Hawkeye, The Falcon and The Winter Soldier and Ms. Marvel could all be in with a shout.