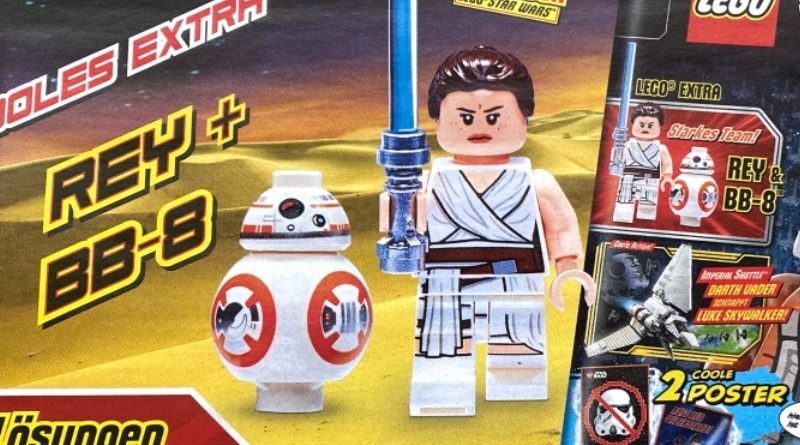 Looking for a way to instantly expand your LEGO Star Wars: The Rise of Skywalker collection? You’ll want to pick up July’s LEGO Star Wars magazine, which comes with two free minifigures.

That’s if you count BB-8 as a minifigure, which the LEGO Group technically doesn’t – the rolling droid is instead described as a ‘figure’ across all the sets it’s included in – but for all intents and purposes, it very much is. And that makes Issue 73 of Immediate Media’s monthly mag – as revealed by Promobricks – a far more appealing prospect than pretty much any issue before it.

The officially-licensed title generally includes either a buildable mini-model (like this month’s, which comes with a tiny TIE Bomber), or a single minifigure. Getting two characters at once is nothing to be sniffed at – particularly when one of them has only popped up in a handful of sets, which is very much the case for Rey in her Rise of Skywalker garb.

We’re still a little way out from Issue 73 of the LEGO Star Wars magazine hitting shelves in the UK, which runs a month behind Germany. Look out for it on shelves in July, when it should be available at all good newsagents and supermarkets for its usual cover price of £3.99.