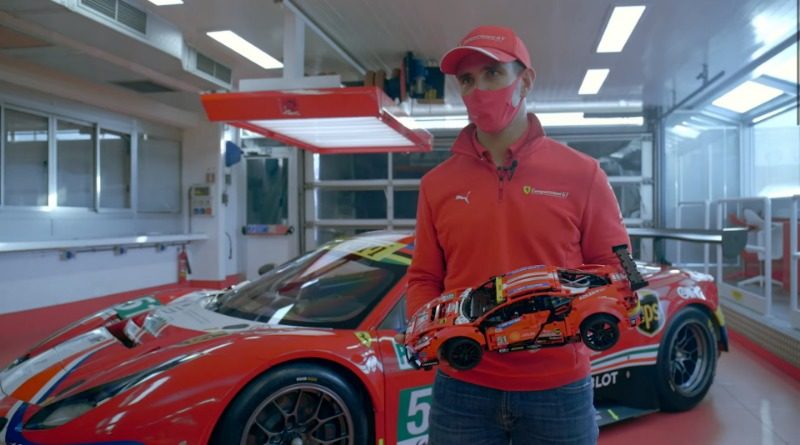 Racing driver Alessandro Pier Guidi has revealed what he thinks of the LEGO Technic version of his Ferrari 488 GTE.

“I played as a kid with LEGO,” Guidi says. “I remember quite well one set of LEGO Technic, the engine was working when you [moved] the tyres. I spent a few afternoons of my time [assembling it], but I [enjoyed it] and I was really satisfied when I finished the model and it worked.”

If you’ve put together your own copy of the latest 18+ Technic set, you’ll probably have noticed – in and amongst the dozens of stickers over its every surface – one that reads ‘A. PIERGUIDI’, accompanied by an Italian flag. It’s a direct nod to the esteemed driver, and has seemingly left a lasting impression on him.

“When I saw this car I [was] really impressed, and also to [see] my name on a model of LEGO Technic of my car, I’m really proud of this honestly,” he explains.

Check out the full video above. It’s essentially just promotional material for 42125 Ferrari 488 GTE AF Corse #51, but it’s still cool seeing an actual Ferrari driver toying around with a LEGO version of the car. If you’re more interested in what the LEGO set has to offer, click through for our full, in-depth review.