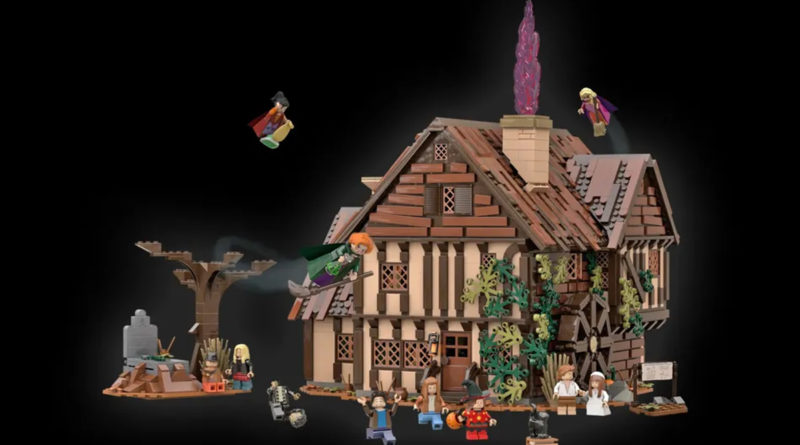 The next LEGO Ideas review round is continuing to grow with a project based on the Disney classic Hocus Pocus and the Sanderson sisters.

This submission comes from TheAmbrinator, who has attempted to get their design made into a set before, only to not be approved at the final hurdle. This second chance has been achieved with an updated build and the two submissions have been their only ones to reach 10K supporters.

For those unaware, Hocus Pocus was a 1993 Disney comedy about a villainous trio of witches who are raised from the dead by a teenage boy, leaving it up to him and his friends to survive and stop them on Halloween night.

The model features a detailed exterior and interior with references that those familiar with the film will enjoy, as well as 11 proposed minifigures including the bewitching trio. A new piece is also suggested to represent one of the sister’s flying objects – a hoover.

Here’s every LEGO Ideas project in this round so far:

There’s still a while to go until this round closes so in the meantime, why not catch up on every LEGO Ideas set currently being transformed from fan design to final model, including the latest entries?