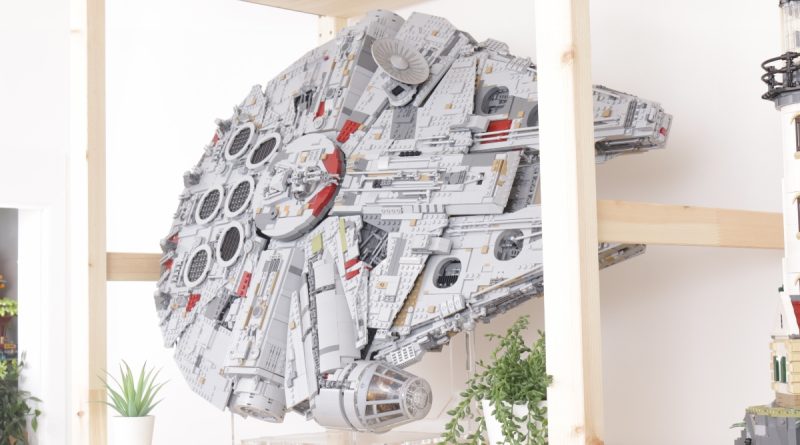 It may have been a hunk of junk, but when it came to what a LEGO set could be, 75192 Millennium Falcon changed the game forever.

When 75192 Millennium Falcon was launched, back on September 14, 2017, it didn’t so much move the goalposts as build an entirely new stadium. Prior to its release there had only been one model that cost more than £400, the large play set 75159 Death Star. Indeed, ignoring specialist, non-retail sets there had only been four that had cost over £300. And then along came the Falcon. At 7,541 pieces and £649.99 it reset expectations of just how large a LEGO set could be. And how expensive.

There have always been expensive toys, but they tended to be – literally – playthings of the rich. Life-sized playhouses, scaled down versions of actual cars, jewel encrusted games consoles. But this was different. This wasn’t some over-priced exotica, or limited edition frippery, this was a regular toy, available to anyone, from a regular toy company. But where many toys cost a few weeks, or maybe a few months pocket money, this cost about the same as a base model iPhone 8, which was released at around the same time.

This was a palpable shift away from ‘LEGO as child’s toy’ to ‘LEGO as a considered purchase for the adult with significant disposable income’. Looking back, the set pushed the gate open to allow other sets costing many hundreds of pounds to follow. And it was an inspired choice. If the LEGO Group had launched a set at this price point and it had flopped, then it’s likely that it would have been many years before the company tried something similar again. So this had to be a nailed-on certainty.

And a certainty it was. While some sections of the media ran the inevitable ‘How can a toy cost this much?’ stories, the crowds that gathered at Leicester Square for the midnight launch, and queued outside other stores from 5am (at least one Brick Fanatic among them), proved that the LEGO Group had judged this one correctly. From that point, the era of the flagship set began in earnest.

Through the Covid lockdown, the LEGO Group was quick to catch on to the fact that there were a lot of adults around the world who suddenly had time on their hands. It didn’t take the suits long to launch a campaign of ‘Adults Welcome’ and in 2020 the Creator Expert theme became ’18+’. Adults have always collected and built LEGO sets, but this specific targeting of a demographic was something new. And it was in no small part down to a certain Corellian Freighter.

Since the Falcon’s release we’ve seen another eight sets break the £400 barrier, from 71043 Hogwarts Castle to the mighty 10294 Titanic, plus another couple of sets from that galaxy, far, far away. Many of these sets deal with less playful subject matter – 10276 Colosseum for example. That, and the sheer audacity of their price and scale, have given adults – who wouldn’t previously have countenanced a LEGO set in their living room – licence to display these sets with pride.

The Falcon truly was a paradigm shift. Without it we’re unlikely to have seen such things as 10305 Lion Knights’ Castle, 75978 Diagon Alley or the recently announced 76215 Black Panther. Not bad going for just a hunk of junk.