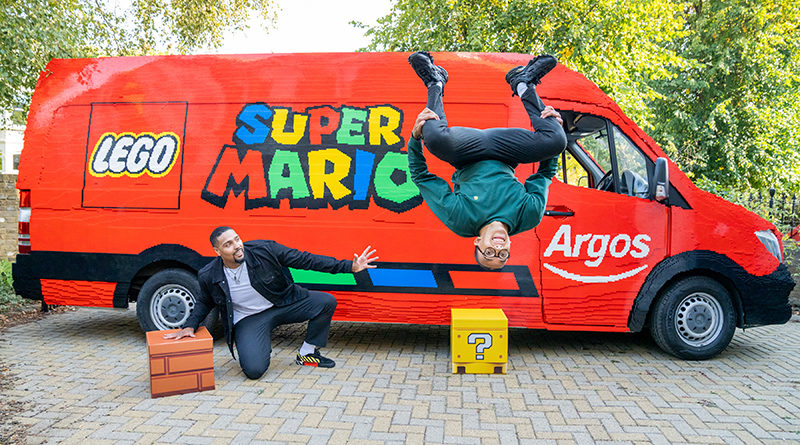 To push the new LEGO Super Mario sets, Argos had an entire van decorated with LEGO bricks – with the prop firm behind the project revealing how they made it happen.

Plung creations got quite an unusual task a few months ago – turn a regular van into a LEGO Super Mario van. The prop company got to work, applying 13,000 LEGO bricks to the vehicle by hand. It was used in a promotion by Argos that for some reason featured members of dance troupe Diversity.

“It’s one of those jobs where you think it might end up looking pretty cool so you take on the job even though you know it’s going to be a real headache. But we are really proud of it – it looks stunning and kids just go bonkers for it,” Managing Director Tim Simpson told the Argus.

The team took the van to a few local schools were the children were suitably impressed, and since it has been stripped, many of the LEGO bricks used have been donated to those same schools.

“It was somewhat heartbreaking, but the van did have to go back to being just a van. It was kind of fun but at the same time we were all a bit sad that we had to say goodbye to our LEGO van,” Tim said.