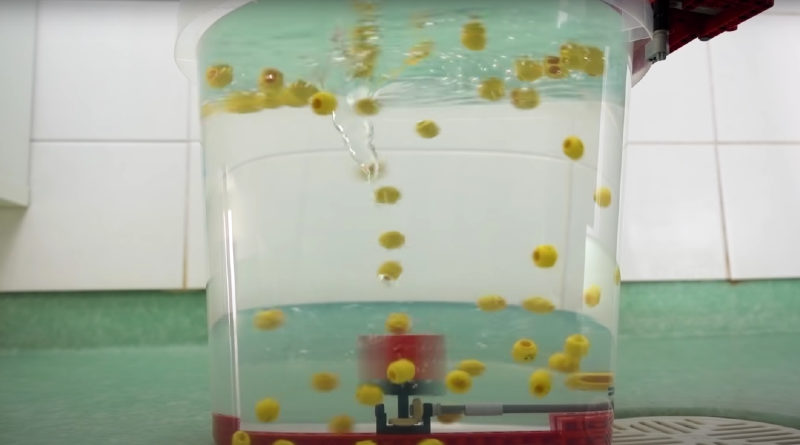 The LEGO Group occasionally produces sets designed to interact with water, but one LEGO YouTuber has found another way to mix the liquid and bricks.

Brick Experiment Channel is back with another LEGO test, this time revisiting a previous experiment with a more creative angle. The question is can official LEGO motors create a water vortex, and how do minifigures, pieces and more react with it?

That question is answered in the video below, with a total of 12 LEGO products all subjected to the force of a water vortex, which is created using only LEGO Power Functions motors.

It’s definitely one of the more entertaining experiments performed by the YouTuber, with past investigations including if LEGO bricks can break a metal bar. Seeing how the pieces react to the whirlpool is strangely mesmerising too.

One of the more common test subjects is a LEGO Forestmen minifigure, who is thankfully saved from sleeping with the fishes thanks to a quick brick-built winch.

Even some of the official floating LEGO pieces are tested, with only the largest boat brick able to withstand the watery maelstrom. One of the last experiments involves a total of 50 LEGO heads emptied into the container, hopefully, the minifigures were able to get them back after the quick wash.

We’re not quite sure how we expected LEGO bricks to react to a water vortex, but at least now you can say you know for sure what will happen. This isn’t Brick Experiment channel’s first test with water, as a previous idea involved a working LEGO submarine, that even kept the inside dry.