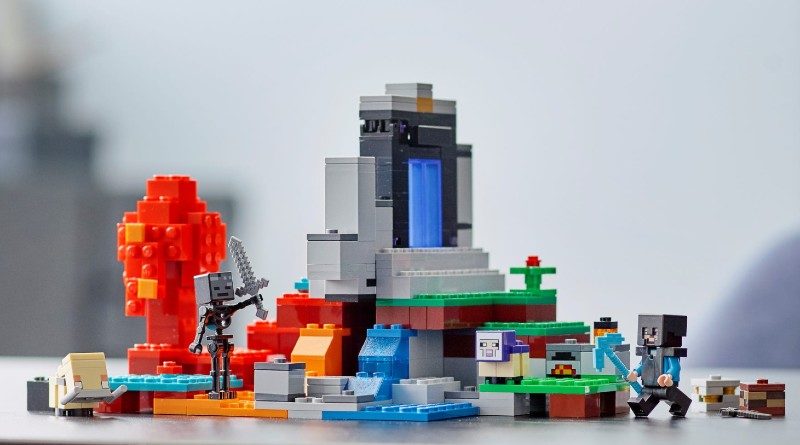 One of the new LEGO Minecraft summer sets has inspired a custom build of a ruined portal, but how does the official set compare to a fan-made model?

21172 The Ruined Portal is just one of five new sets that have launched on the official online store, with the new range ready to recreate any Minecraft adventures in new and exciting ways for the theme. One of these depicts the first model of the ruined portal structure, a mysterious gateway left behind by an ancient civilisation.

YouTuber Avohkii found themselves inspired by this new build and decided to tackle the structure based on their own custom design. The process didn’t begin with getting straight into the bricks though, as the first step was to load up Minecraft and build the concept in-game.

Their model focuses on accuracy to the in-game build with a variety of techniques and newly-designed blocks used to create a scale replica of the creation rather than the structure as it can be naturally found in Minecraft. The mossy stone bricks, made using SNOT techniques, add a significant amount of colour to the grey frame

When compared to the official LEGO set, the differences are as numerable as you’d expect considering that the two are entirely different builds based around the same subject. Whereas the YouTuber’s focus is on looks and accuracy, the LEGO Group’s mixes that with play features and the concept of featuring two dimensions in one set.

21172 The Ruined Portal is available now, along with the rest of the LEGO Minecraft summer sets. Enthusiasts of the theme can enjoy the new blocks and tools added to the theme in the models, but there are plenty more from past and future updates we’ve yet to see.