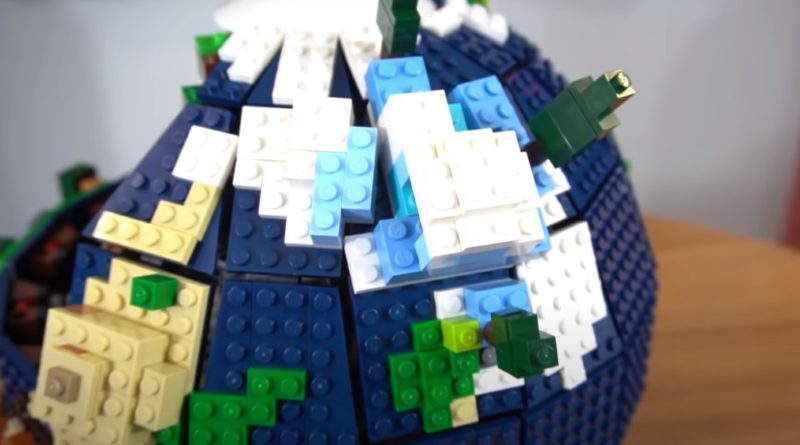 A LEGO Youtuber has experimented with the latest Ideas set – 21332 The Globe – seeing how fast it can spin and turning it into another theme.

The newest LEGO Ideas model, 21332 The Globe, is now available after a launch at the start of February including a signing event with fan designer Guillaume Roussel. While some may choose to add the build to their home, one YouTuber has decided to run a series of experiments with the brick-built sphere.

Brick Science has taken 21332 The Globe on a crash course involving motors, a meteorite and Minecraft. The YouTuber took requests from comments including using the build as a bowling ball and whether the build can survive being hit with a chunk of rock from outer space.

One early experiment asks to see how fast 21332 The Globe can spin. With the help of two motors and a collection of Technic gears, the YouTuber discovers what happens when the build is spun too fast.

The result of each experiment proves that the LEGO Ideas set is better used as a display model than other objects such as a basketball. Once 21332 The Globe has been sufficiently destroyed, the next task is to rebuild the world, much like the ongoing marketing campaign.

From there, the LEGO Ideas model is transformed into one inspired by Minecraft, with an open section revealing a cave and the continents replaced with various biomes from the game.

Should you wish to try and experiment with the design of 21332 The Globe, you can pick up the LEGO Ideas creation from the official online store now.