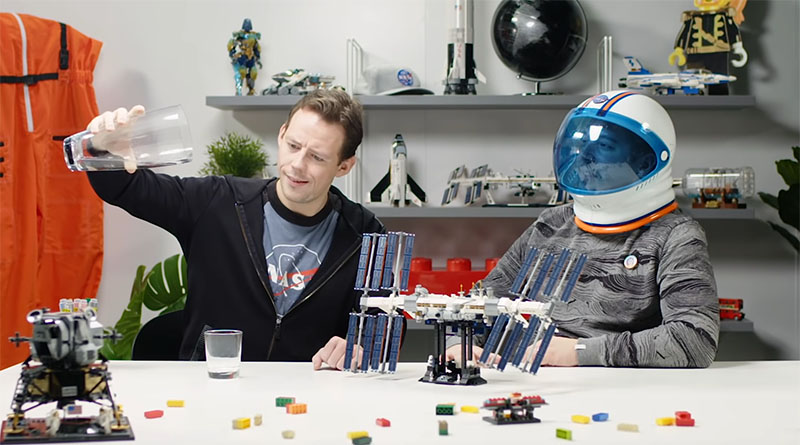 The LEGO design experts behind the new LEGO Ideas set, 21321 International Space Station, discuss their process in a new video.

In a new designer video, the two LEGO designers behind LEGO Ideas 21321 International Space Station explain how they took the fan design and turned it into an official set for release. The 864-piece set is available exclusively at LEGO.com, priced at £64.99 in the UK and $69.99 in the USA.

LEGO Design Manager Sam Johnson and Model Designer Corvin Stichert explain how they overcame the challenge of taking a structure designed to exist in space and create a version that does not succumb to the effects of gravity.

“The ISS model is in what we would call microscale, which is not minifigure scale that you would normally see in a lot of LEGO models,” says Sam. “This has really been dictated by our original fan designer’s submission, his name is Christoph, he had built it so you could put it on your desk.”