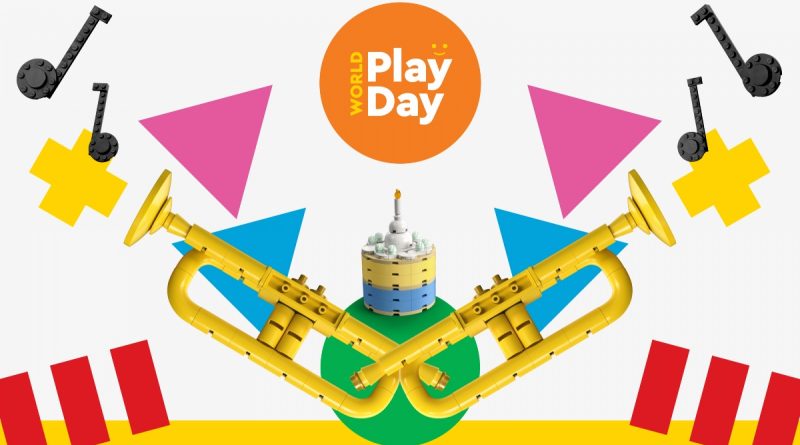 Today marks 90 years since Ole Kirk Kristiansen founded what is now known as the LEGO Group, and the company is celebrating with its first-ever World Play Day.

An event that’s typically held for its employees every year, Play Day is effectively what it says on the tin: an opportunity to break out the bricks and reconnect with your inner child. This year it’s happening on a global scale – or at least, that’s what the LEGO Group is aiming for with its new promotional campaign.

World Play Day will take place both online and out in the real world, from LEGO Stores around the globe to LEGOLAND parks and even a ‘new play space’ in West Harlem, New York. If you pop down to your local LEGO Store today, you’ll find ‘anniversary-themed building activities, giveaways and display areas’, while stores in Brussels, Barcelona, Berlin, Copenhagen, Stockholm and Wroclaw will also have face painters and entertainers.

Today also marks the opening of the newly-revamped LEGO Store Leicester Square, which has reclaimed the mantle of the world’s biggest flagship LEGO Store. As well as all the new interactive experiences and 90th-anniversary display – detailed here – the London store will feature a ‘playful takeover’ from Adidas, along with the flagship Berlin and New York stores.

If you’ve earmarked today for a trip to LEGOLAND Windsor, Billund, New York, Florida, California, Nagoya or Günzburg, you’ll be greeted by five new activities and the opportunity to collect badges as you explore the park. And if you are local to West Harlem, Hebru Brantley has apparently designed a ‘vibrant new play space’, inspired by local children. (Exactly where this is in West Harlem is a little more mysterious at this point.)

“When my great-grandfather founded the company 90 years ago, he recognised that play could change the lives of children – it brings families together and helps children develop skills that can enable them to reach their full potential,” said Thomas Kirk Kristiansen, Chairman of the LEGO Group.

“He only had a small workshop, but he had big ambitions to ensure as many children as possible could experience the benefits that play brings. Whether 1932, 2022 or on our 100th Anniversary in 2032, we have and will always strive to continue Ole’s legacy by helping all families, wherever they are in the world, to play well.”

Don’t worry if you can’t make it to any of the LEGO Group’s physical activities for World Play Day, though: it’s also celebrating with online activities, which you’ll find on its social channels or through the hashtag #LEGO90Years. Its first set of challenges involve building the number 90, building something with only 90 bricks, and rebuilding a LEGO model into something entirely new.

Check out the official 90 Years of Play landing page for more.