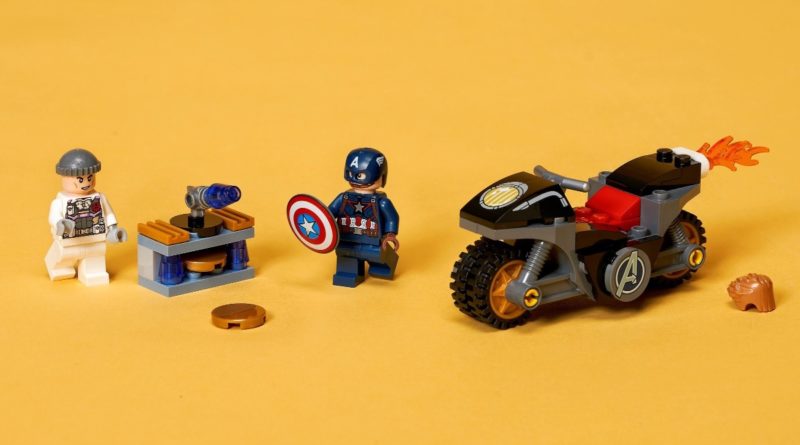 The LEGO Group has explained how delays to Marvel and DC movies have affected this year’s line-up of superhero sets.

Both Marvel Studios and Warner Bros. (the distributors behind DC’s movies) were forced to delay multiple 2020 and 2021 movies to either later this year or into 2022 as a result of the pandemic, including Black Widow, Shang-Chi and the Legend of the Ten Rings, Spider-Man: No Way Home, The Batman, and Doctor Strange in the Multiverse of Madness.

For some of those releases – particularly those around the start of the pandemic and lockdowns, including Black Widow – the LEGO Group wasn’t able to react in time. 76162 Black Widow’s Helicopter Chase landed on shelves as planned in March 2020, but its accompanying Marvel Cinematic Universe movie didn’t arrive in cinemas for another 16 months.

In other cases, however, the Super Heroes team has been able to be slightly more agile. The Eternals sets were unveiled in a consumer catalogue back in December 2020, suggesting they were planned for an early-2021 release. The movie has since been pushed back from February to November 2021, and the LEGO sets have been delayed in step.

“It was a tough one, because we don’t know when [these movies] are going to be delayed any more than you guys do,” LEGO designer Mark Stafford tells Brick Fanatics. “When a movie launch moves back four months, we’re like, ‘Okay, well, we still have the sets and we need to do it.’

“But when a month later that’s pushed back another four months, we have a chance – like with The Eternals – to say, ‘Okay, let’s wait until the movie’s coming out.’ So we can hold those, but of course then there is a big hole in [the LEGO Group]’s expected income that we need to somehow try to mitigate, so it’s been interesting.”

Does that mean the Infinity Saga sets, which dive back into the first three phases of the Marvel Cinematic Universe – including 76189 Captain America and Hydra Face-Off and 76190 Iron Man: Iron Monger Mayhem – were specifically designed to fill that gap?

“That was actually not a late decision,” says LEGO Super Heroes Creative Lead Jesper Nielsen. “Those were planned originally, because we think there’s a huge wealth of things we haven’t been able to do 100% correctly, because before the movies, we don’t have all the reference material.”

“We had a lot of ideas sitting around in our heads and also physically,” Mark adds. “I didn’t notice any particular crunch on time or anything. It was the same design process as always.”

The latest Marvel Cinematic Universe sets, 76176 Escape from The Ten Rings and 76177 Battle at the Ancient Village – both of which are based on Shang-Chi and the Legend of the Ten Rings, which lands in cinemas September 3 – are available now.

Three sets based on Spider-Man: No Way Home (or, one set plus two ‘inspired by’ Spider-Man: Homecoming and Spider-Man: Far From Home) will then arrive in October, while the four already-revealed Eternals sets are still waiting on a final release date.

For more from the LEGO Super Heroes team, learn why the final movie slate for 2021 is apparently to blame for the lack of Batman and DC sets launching this year.