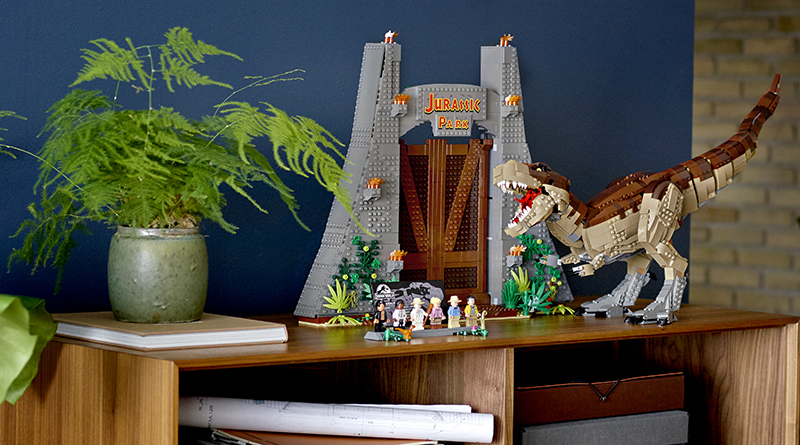 If you’re not happy with the stickered gate sign in 75936 Jurassic Park T. rex Rampage, then one LEGO YouTuber has the perfect brick-built solution.

Hachiroku24 is back with another video, this time demonstrating how to replace the sticker Jurassic Park sign in the massive LEGO set with a brick-built version. This task must have been a challenging one considering the relatively small scale of the sign.

The video, which was uploaded to hachiroku24’s YouTube channel shows how to remove the original sign and the steps needed to build the missing hole in the gate and the modified version of the sign. Using a variety of newer 1×1 pieces, the YouTuber can capture the intricate details needed to recreate the iconic likeness of the original sign, without using too much space.

One of the most interesting elements of part usage is the letter U, where space is created by laying a brick flat and on its side, instead of just flat against the gate in a mosaic-like pattern.

LEGO 75936 Jurassic Park: T. rex Rampage is available from the official online LEGO store now for £219.99 / $249.99 / €249.99, and designer Mark Stafford has revealed the backstory and thought process behind the model, perfect for those rebuilding the sign who’ve yet to spot some of the more hidden details.