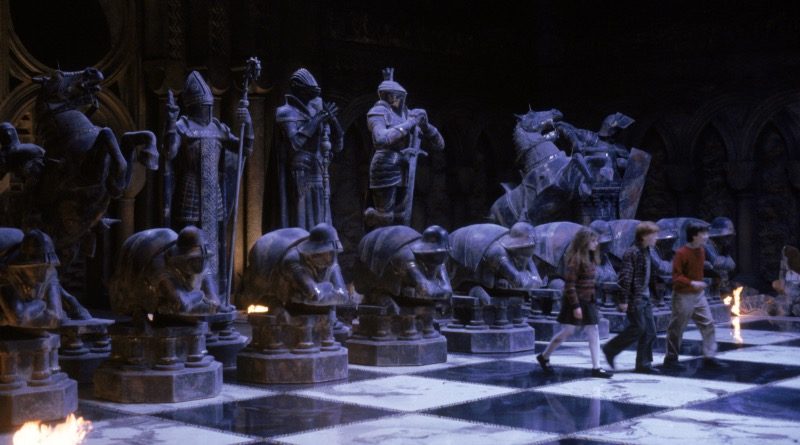 An enormous new LEGO Harry Potter wizard chess set is rumoured to be on the way later this year, and you’ll need more than a few Galleons to grab it.

According to Instagram user lego_fulcrum, set number 76391 will be based on one of the climactic scenes from Harry Potter and the Philosopher’s Stone, in which Harry, Ron and Hermione chase down wizard Hitler by… playing chess. (Remember, this is a kids’ movie.)

It won’t come cheap, though, with the same user reporting a price tag of $249.99. For that kind of money, we’re expecting an entire minifigure-scale wizard chess set and the ornate board and surroundings to match. What you probably can’t expect are any interesting minifigures, because this scene only contains our trio of well-worn heroes.

If this rumour comes to pass – and remember, nothing is confirmed until the LEGO Group states otherwise – it means we’re going to have to look to one of the other rumoured price points for 2021 (or indeed an unannounced set number) for that much-requested Gringotts expansion to 75978 Diagon Alley.

This isn’t the only LEGO Harry Potter set rumoured to be on the way later this year, of course: an entire wave of 20th anniversary sets is reportedly arriving in the summer, while 2021’s advent calendar will apparently pull from last year’s flagship set in its minifigure selection.