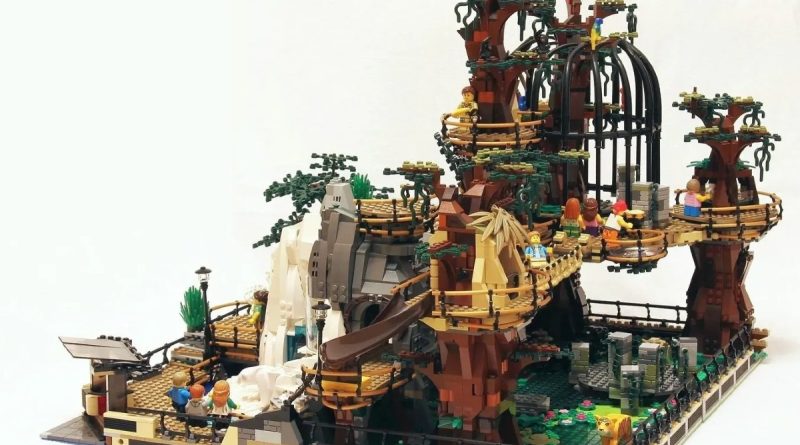 Outside of DUPLO and a LEGO minifigure, there haven’t been many LEGO zoos, but that could change with the latest project in the third 2022 LEGO Ideas review

Coming from Kodlovag – their first project on the platform – LEGO Zoo has reached the necessary number of supporters to be considered for a future model as part of the third 2022 review round.

This brick-built zoo is modular with three main parts. One includes a polar bear and penguin enclosure; another features a forest area, and the largest module includes a treetop aviary as well as a paddock beneath the walkways. The treetop area looks similar to the models in 10236 Ewok Village, which may have been borrows from the Star Wars set but are still effective in the zoo design.

It’s an interesting approach to a LEGO zoo, though an official model may have to opt for brick-built animals unless the designers at LEGO are willing to include a large number of specialised animal elements.

Here’s every project in the third 2022 review round so far, which has now reached a total of 21 models: