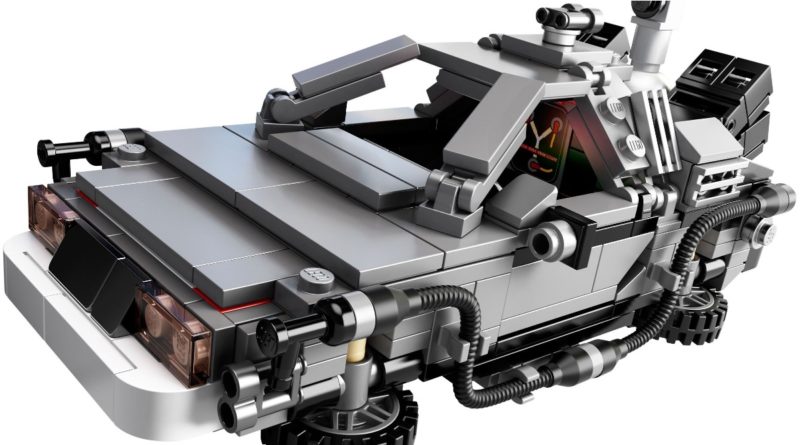 The arrival of 10300 Back to the Future Time Machine reflects a trend towards large-scale licensed LEGO vehicles, leaving fans of the smaller sets with few options.

Over the last few years the LEGO Group has been expanding its stable of licensed properties, even as it revisits some of its older ones. The Ghostbusters and Back to the Future franchises are an example of this idea. While both of these have revealed minifigure-scale sets before now, the LEGO Group has decided to focus on larger-scale, more detailed recreations of their classic vehicles recently.

These have been very popular, with the new DeLorean time machine garnering plenty of positive reception online. It’s certainly a fully-featured set, with impressive interior detail, essential accessories (like the plutonium case and the hoverboard) and even new minifigures inspired by Back to the Future II. It can even be modified to change its appearance, just as its in-movie counterpart gets modified over the course of the trilogy.

However, its larger scale means it’s more of a display piece than a conventional toy. It also limits its compatibility with a broader LEGO collection, even if this clearly isn’t a dealbreaker for many LEGO fans.

If any LEGO set would benefit from a revision, it’s the original LEGO DeLorean. 21103 The DeLorean Time Machine was a very early release in the LEGO Ideas (nee Cuusoo) theme, recreating the car at a minifigure scale in 2013. Unfortunately it was beset with problems; there were various inaccuracies in the design, parts of the set could be very fragile, and it could only accommodate a single minifigure at once. As such it compared unfavourably to predecessors like 1853 Hypno Cruiser, which appeared almost two decades before it.

The popularity of the larger-scale models suggests there’s little incentive for the LEGO Group to return to smaller ones. And yet, exceptions do persist. 76188 Batman Classic TV Series Batmobile popped up in 2021, featuring new LEGO versions of both Adam West and Cesar Romero’s characters. In a similar vein 76239 Batmobile Tumbler: Scarecrow Showdown recreates the brutish vehicle of The Dark Knight Trilogy, complete with Cillian Murphy’s interpretation of the character.

As such, the LEGO Group’s thinking on this matter seems unclear. But it’s to be hoped that these smaller sets aren’t completely abandoned going forward. In the meantime, we may have to just make our own versions of these vehicles – an idea LEGO fans have recently, enthusiastically embraced.

One thought on “Are iconic minifigure-scale LEGO vehicles a thing of the past?”