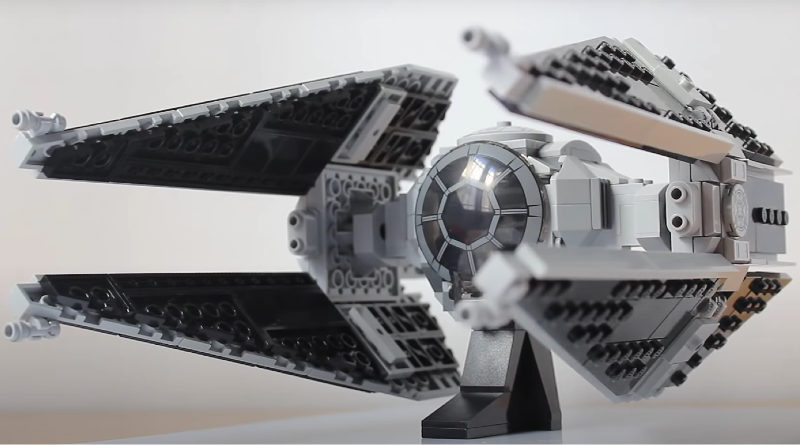 LEGO 75300 Imperial TIE Fighter is already an impressive and cheap TIE fighter build but now there’s a way remix the set into another classic fighter.

A LEGO fan has found a way to transform 75300 Imperial TIE Fighter into a TIE Interceptor, using pieces you may have in your own collection, with video instructions showing you how.

Hachiroku on YouTube is behind the rebuild and uploaded a video detailing their idea. The main cockpit is left alone for the build, making the task of building the TIE even easier with only the wings to change.

Unlike previous LEGO TIE Fighter models, 75300 TIE Fighter is at a new, smaller scale without sacrificing detail, as can be seen in this first look. With that in mind, LEGO fans will have to get used to this new scale as Hachiroku did with his version of a TIE interceptor.

The wings are angled just like the actual ship and bricks with half a grooved plate jutting are used to fill in the gaps where the angle is formed. Lightsaber hilts at the end of the wings form the blasters, a different tactic than the reversed Technic pins used in past models.

To finish the model, a simply display stand is added to ensure that the off-balance ship design doesn’t affect the LEGO model. The stand should be easy to replicate with sloped bricks matching the menacing look of the fighter.