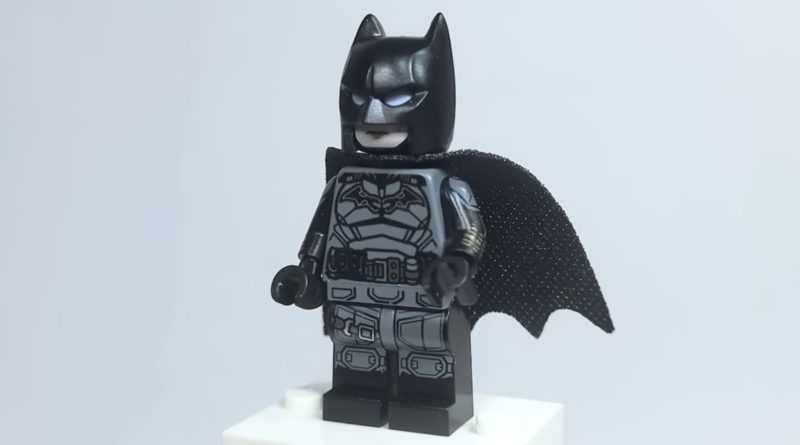 A couple of simple changes can make a big difference to the new LEGO Batman minifigure launching in 2022.

YouTuber Ashnflash – who’s already reviewed two of the new sets based on The Batman, all of which are arriving on November 1 in the US, or January 1 worldwide – has implemented suggestions made by the community to improve the new minifigure, which is inspired by Robert Pattinson’s Dark Knight.

As it comes in 76179 Batman & Selina Kyle Motorcycle Pursuit, 76181 Batmobile: The Penguin Chase and 76183 Batcave: The Riddler Face-off, the new Bat-minifigure uses very standard parts for what’s very much a non-standard Bat-suit. The regular LEGO cowl and face don’t really match up with Battinson’s design at all (beyond perhaps the mouth), while the plain arms sit in stark contrast to the detailed torso and leg prints.

The two easiest ways to improve this Batman minifigure are therefore swapping out the head and cowl for something a little more appropriate, and replacing the plain arms with printed versions. While there’s no official LEGO cowl that perfectly matches the one from Matt Reeves’ upcoming movie, the chinless version from the DCEU is pretty close.

Ashnflash has also borrowed the head from Ben Affleck’s Batman to better sit with the corresponding cowl, and while it’s not perfect – Pattinson’s eyes are visible through the cowl, much like Christian Bale’s in the Dark Knight trilogy, instead of the white band on the LEGO minifigure – it’s still a little better than the standard minifigure, hiding the exposed neck.

The new arms are a much better fit with the standard minifigure’s torso and legs, which are really the best part of this new LEGO Batman. And all combined, the changes add up to a much-improved, and much more accurate, version of Robert Pattinson’s Caped Crusader – to the point that it’s a wonder the LEGO Group didn’t just go with at least this cowl and head combo in the first place.

You’ll be able to create your own version of this minifigure from November 1 if you’re in the US or Canada, while the rest of us will have to wait for January 1, when the new range of LEGO Batman sets lands on shelves internationally.