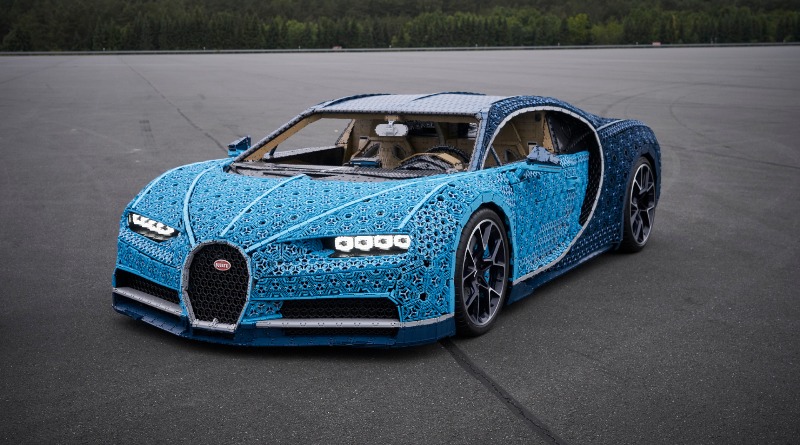 The full size LEGO Technic Bugatti Chiron that actually drives is available for fans to check out in London today.

Following its triumphant arrival in London, UK after a first appearance at the Paris Motor Show,  the life-sized LEGO Technic Bugatti Chiron has arrived at the Westfield shopping centre in Shepherd’s Bush. It is an opportunity for LEGO fans to check out one of the most incredible LEGO creations ever constructed. Fans will be able to check out some of the authentic functions that are built into the car as well as getting a selfie. It is appearing from 10.00am until 10.00pm.

“We wanted to give LEGO Technic fans the chance to see this incredible model for themselves – so we’ve taken the Bugatti on a European Tour,” said Nicola Morgan Hulme of the LEGO Group. “The model looks fantastic in images, but it is truly breath-taking in real life – you can see the intricate detail up close.”

Earlier this year, the LEGO Group launched the Technic 42083 Bugatti Chiron, before later unveiling this incredible working full size replica. It is made up of 90% LEGO elements – around 1 million in total – and has a top speed of approximately 20km/h. That’s not quite a patch on the real Bugatti Chiron’s absurd 420km/h top speed, but considering it’s achieved through just Power Functions motors, it’s still pretty incredible.