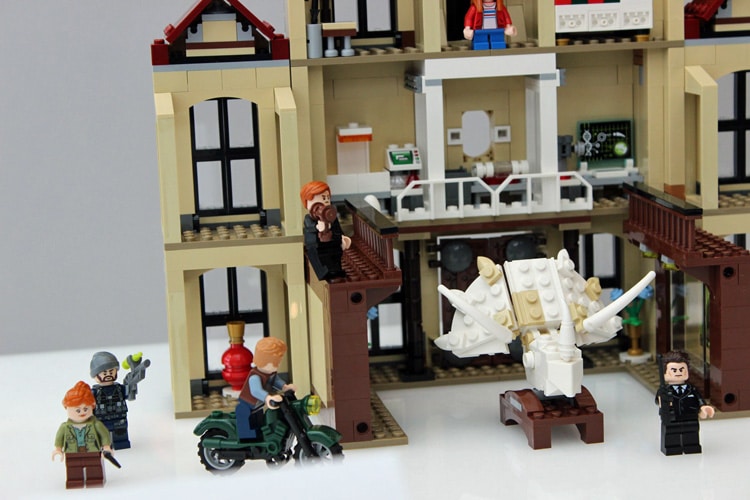 Fans can check out the interior of the large LEGO Jurassic World Fallen Kingdom set, 75930 Indoraptor Rampage at Lockwood Estate.

In the officially distributed images of the LEGO Jurassic World range, only the exterior facade of 75930 Indoraptor Rampage at Lockwood Estate was visible. Now, LEGO enthusiasts can see what the interior looks like thanks to a few images that Jurassic Outpost snapped at New York Toy Fair.

As the photos show, the Indoraptor is much larger than the regular raptor. The brick built triceratops skull looks excellent, giving a dino theme to what would otherwise be a fairly bland house. A lab on the first floor suggests that some genetic manipulation may be going on in this mansion, with the top floor including more traditional household rooms. A few of the floors are empty, allowing for these to be filled as fans desire.