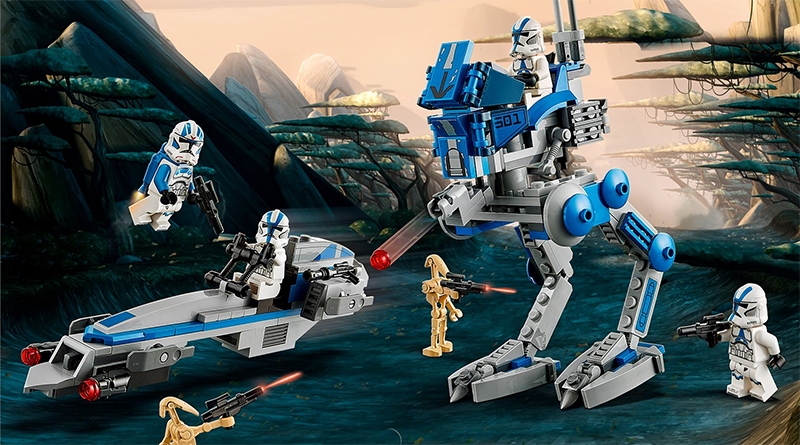 A social media campaign that has its origins on Instagram and YouTube had led to the LEGO Group announcing a new product – LEGO Star Wars 501st Legion Clone Troopers.

Yesterday, the LEGO Group announced 75280 501st Legion Clone Troopers. “You asked for it. We’ve built it,” the tweet alongside the image said. That comment refers to a campaign that was started on Instagram and continued on YouTube.

Ryan of MandRproductions amplified the message using his YouTube channel: “Together we can make a ginormous change in the way in the way the LEGO Group is running right now, they can completely change their entire product line with one simple LEGO set.” He encouraged all of his viewers to do the same as those Instagrammers and comment on every LEGO social media post, requesting the 501st Battle Pack.

Viewers of his YouTube channel shared the message with the LEGO Group. Things worked out, as the product based on the request was announced yesterday.

“Today is a day that will long be remembered,” he declared in a new YouTube video. On April 1, he was given a heads up by the LEGO Group that the announcement he had been waiting for was imminent: “They sent me an email yesterday and told me that they were going to reveal this today.”

“I will say what’s really popping out to me in this set is you’re getting three regular 501st troopers and it looks like they are a new design,” he said, highlighting his favourite thing about the new set.