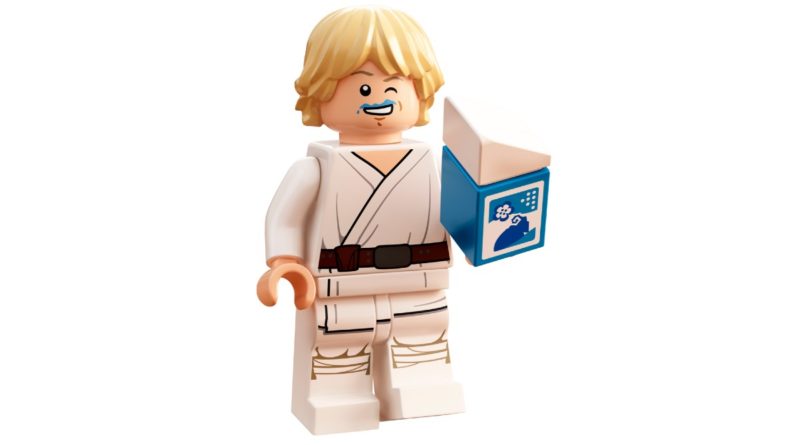 It’s been a while since LEGO Star Wars: The Skywalker Saga was announced, and that’s evident in the instructions for the exclusive minifigure.

LEGO Star Wars: The Skywalker Saga was first announced in 2019 when an entirely different wave of LEGO Star Wars sets was in circulation. Since then, many of the models have retired, but have reappeared in the instructions manual for the 30625 Luke Skywalker with Blue Milk minifigures included in the Deluxe Edition of the game.

As spotted by sorenpr2001 in the LEGO Star Wars Subreddit, their copy of the title has arrived with the 30625 Luke Skywalker with Blue Milk minifigure included with the deluxe edition. Turning to the back of the instructions detailing the assembly of the minifigure, 11 previous LEGO Star Wars sets are advertised.

All of those sets are now retired, making the advert redundant. This proves that the exclusive minifigure was produced long before the game was delayed multiple times and considering the effort that would have been required to change out the instructions in every polybag, it’s understandable that the LEGO Group allowed this.

Mostly, this serves as a reminder of just how long LEGO Star Wars: The Skywalker Saga has been in development, but the game is now available after over 1,000 days of waiting. You can watch the launch trailer by clicking here.