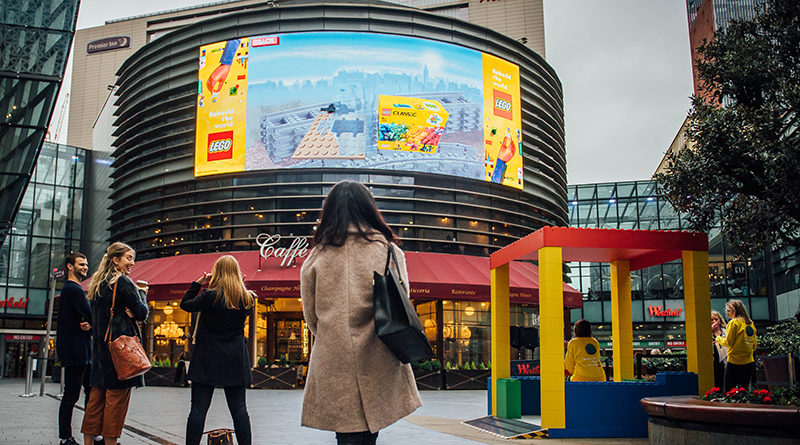 The LEGO Group has unveiled an immersive billboard at London’s Westfield Stratford shopping centre, which gives shoppers the opportunity to build with virtual bricks.

A new billboard that the LEGO Group has unveiled at Westfield in Stratford, London, UK. It allows passers-by to use virtual LEGO bricks to build digital creations that appear on the big digital screen. It’s party of the LEGO Rebuild the World marketing campaign that has been reactivated for the Christmas shopping season.

Haptic technology brings the unique experience to life and allow fans to unleash their creativity on the big screen.

“We are thrilled to be the first company in the UK to use this new technology and create a unique way for families to showcase their creativity on such a grand scale. We can’t wait to see what people create on the big screen and hopefully inspire the builders of tomorrow,” says Marius Lang, Head of Marketing, the LEGO Group UK and Ireland.

A giant LEGO globe is currently situated at LEGO House in Billund, Denmark, covered in creations inspired by children from around the world.