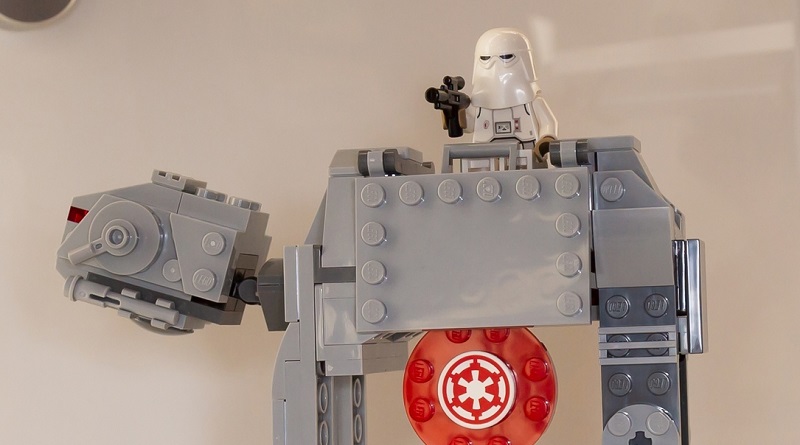 A new type of LEGO Star Wars is being introduced to the theme, with three Action Battle sets launching on April 1.

The photos in this article are from the Star Wars collecting website Rebelscum, which is providing extensive coverage of everything Force related on display at New York Toy Fair.

Each set builds a classic Star Wars battle scene, including two enemy factions. In the case of the Hoth sets, this means Rebel Troopers and Imperial Snowtroopers. In 75238 Action Battle Endor Assault, this means a Scout Trooper and Wicket the Ewok.

Rebel and Imperial logo elements are attached to the backdrop as targets for players to hit. Using a missile launcher element, players attempt to hit their opponent’s target. When they do, the target triggers an action, such as a Biker Scout flying off a Speeder Bike.

This is an entirely new LEGO set concept for Star Wars, that will not be to every fan’s taste. It is a deviation from the movie accurate minifigure scale sets that the theme usually offers, but for those who have been in this for 20 years, that might make them a welcome change of pace.