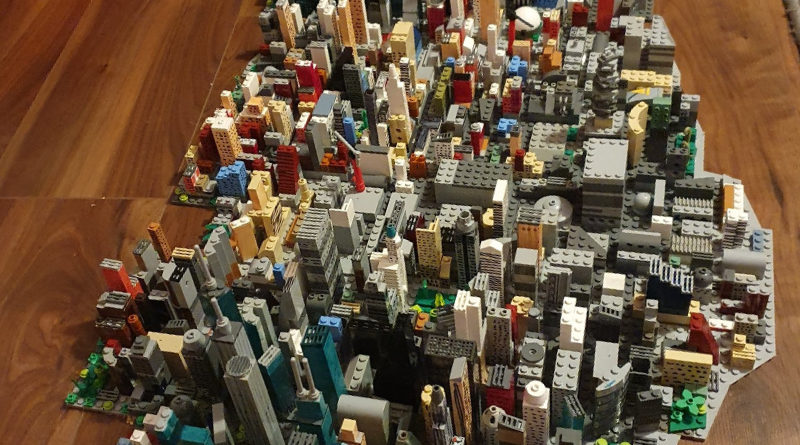 A 14-year-old has recreated the island of Manhattan, New York in LEGO microscale.

The build was originally posted on Twitter by a woman named Laura, the builder’s mum. The model features an impressively accurate recreation of Manhattan, with skyscrapers and streets decorating the tiles that form the base.

The builder, named Alex from Dublin, Ireland, decided to add some extra detail to the build by marking windows on to the bricks with a pen. Based on the amount of buildings, this must have been quite the task in itself.

Speaking to if it’s hip, it’s here, Laura explained that the build took her son less than a week to make. At over six feet long, we can only imagine the planning that went into this model. The build was inspired by a doors-off helicopter ride over Manhattan that Alex was treated to last Christmas.

As impressive as this microscale Manhattan is, Alex shows no sign of stopping yet. His next project is an accurate recreation of Dubai. In the past he has also made his own futuristic city and a three-foot-long model of the Titanic.

One thought on “Irish builder recreates Manhattan in LEGO”