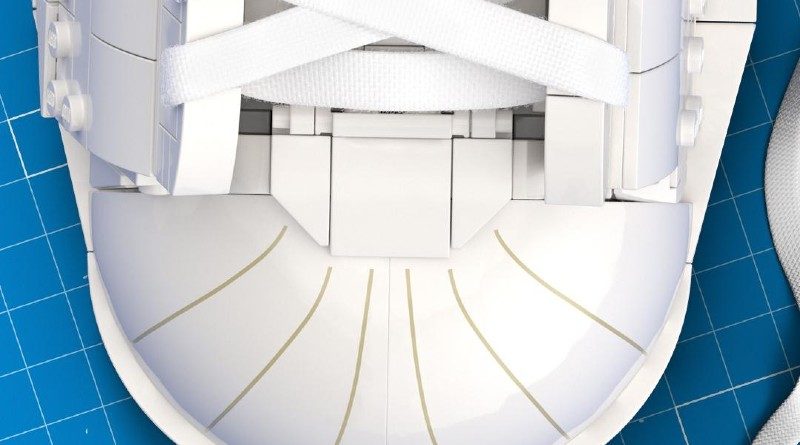 The LEGO Group have begun teasing another new set, with what appears to the front of the rumoured brick-built Adidas trainer.

Hot off the heels of the LEGO typewriter, the next result of the partnership between the LEGO Group and Adidas looks to be setting foot in familiar territory for builders as a new teaser seems to be showing the first look at the first official LEGO trainer set.

The teaser, which consists of a single image is all we have to go off for now, but from what we can see, it shows the distinctive shape of the front of a shoe complete with non-LEGO laces interwoven within the structure.

Should this be real we’d advise not walking a mile in these shoes as they’ll likely be more than a little uncomfortable. However, the image does include a date, which might be for the release or the reveal of the full set. Either way, we’ll know for sure by July 1.

Previously, a LEGO Adidas set has been rumoured to be a recreation of the Superstar trainer but currently, it remains unconfirmed. We’ll let you know when we know more about this upcoming Adidas model.