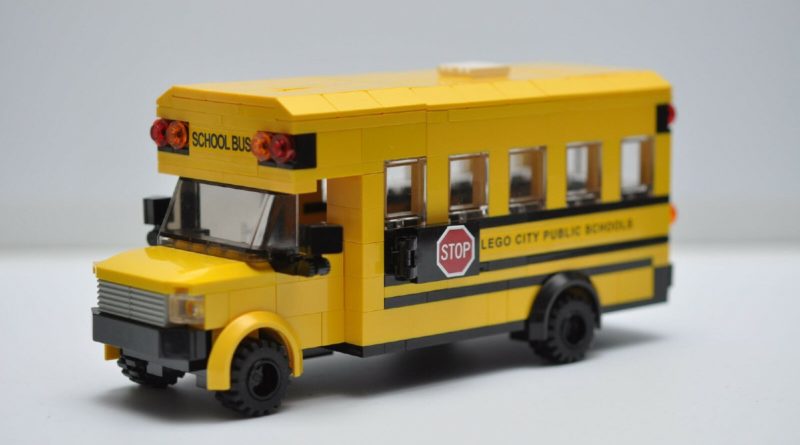 A new advertisement has been spotted on the official online LEGO store, and it appears to use a fan-made model to sell back to school products.

LEGO.com has inserted a new section into their advertised offerings of themed sets and products, focusing on a selection of school-related items and gifts as children get ready to begin another year in education.

However, the model chosen to represent the range isn’t from an official set and appears to be displaying a fan-made build currently up for sale on the secondary market. The yellow school bus, which can be found on eBay, bears a strong resemblance to the image used on the official online store with the patterns, signage and more being the same between the two pictures.

It might be that the LEGO Group was so impressed with the build that they saw fit to contact the fan designer and ask that the model be used in their advertising. However, this is despite a few official brick-built school buses existing in sets such as 41134 Heartlake Performance School and 70423 Paranormal Intercept Bus 3000 – none of which are available currently.

This is the latest in the LEGO Group’s interesting advertising methods on the official online store, such as a deliberate attempt to avoid using the exact title of the recent The Suicide Squad movie, but still take advantage of its release with their DC sets.

Whilst you visit the official online store to see the LEGO school bus for yourself, don’t forget about all the new deals, sets and more that have been launched there for August. We’ve got a full guide to everything happening in the month if you need a reminder on what’s available and what’s still to come.