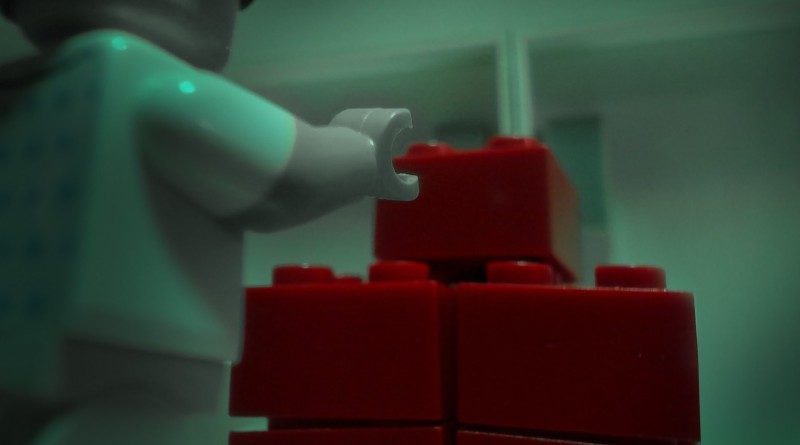 The LEGO Group might be teasing a return to Hawkins in more Stranger Things sets, with the fourth season just around the corner.

The LEGO Group has taken to Twitter to join in on the excitement that is building for the next instalment of Stranger Things, following some puzzling teasers for the show.

The tweet depicts what might be Eleven standing in front of a pile of bricks in a laboratory location which is likely meant to be the same place as seen in the teaser trailer.

Considering the popularity of 75810 The Upside Down, it seems likely that this is hinting towards at least one more set for the upcoming season, with this new gown-wearing Eleven minifigure a possible part of it.

Plot details for the fourth chapter of the show are thin after the exciting finale we saw last so there’s no telling how another set could look. However, to see the LEGO designers adopt a similar strategy to last time and have the model mirrored beneath it would make for a great display alongside 75810 The Upside Down.

We’ll let you know if there’s any more news for LEGO Stranger Things but for now, the only set for the show so far is still available from LEGO.com.