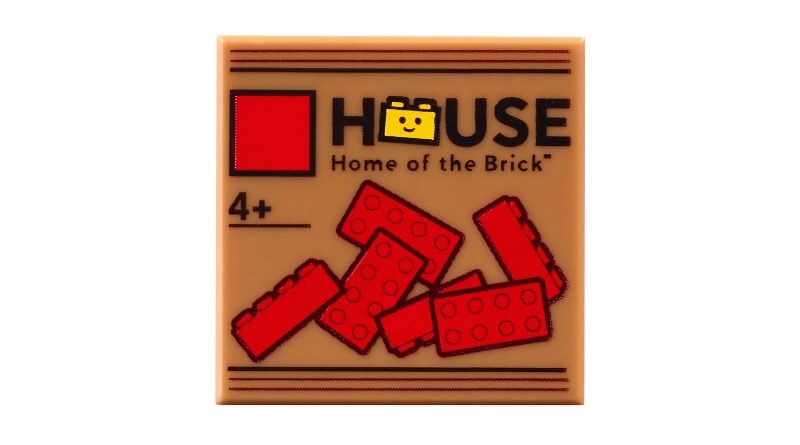 The LEGO House’s unique six-brick polybag is switching to paper packaging – so will the rest of the LEGO Group’s polybags follow suit?

At the moment, pretty much all LEGO polybags come packaged in plastic, which doesn’t really gel with the LEGO Group’s widely-stated aim to make all its packaging sustainable by 2025.

It’s currently working on a solution for plastic bags included in LEGO boxes by trialling paper replacements, and seems to have landed on cardboard boxes for its Collectible Minifigures (at least if VIDIYO is any indication). That just leaves polybags as the black sheep of the LEGO family.

During a recent Q&A session with select LEGO Fan Media (including Brick Fanatics), however, the LEGO House team confirmed what we all suspected from the announcement of 40502 The Brick Moulding Machine: 624210 LEGO House 6 Bricks will soon switch to paper packaging.

If you’re yet to make the LEGO pilgrimage to Billund’s star attraction, allow us to fill you in: as you leave the LEGO House, you’ll receive a unique printed card with one of the 915,103,765 unique combinations that six 2×4 bricks can be assembled in, along with a plastic polybag containing – you guessed it – six 2×4 bricks.

That memento has now been immortalised in a printed 2×2 tile in the next LEGO House-exclusive set, 40502 The Brick Moulding Machine. But while the current real-life polybag is transparent plastic, the tile’s base colour is medium nougat. And as the LEGO House team has confirmed, that’s because the packaging will soon switch to a more eco-friendly paper alternative – but will the rest of the company’s polybags follow suit?

It’s a question without an answer right now, but the clock is ticking on the LEGO Group’s ambitions for sustainable packaging. If it truly hopes to abandon plastic altogether, it can’t forget about its polybags – and here looks to be an achievable solution.

Of course, it might mean we need a new term for LEGO polybags, given the packaging would actually no longer contain polyethylene. Paperbags, anyone?