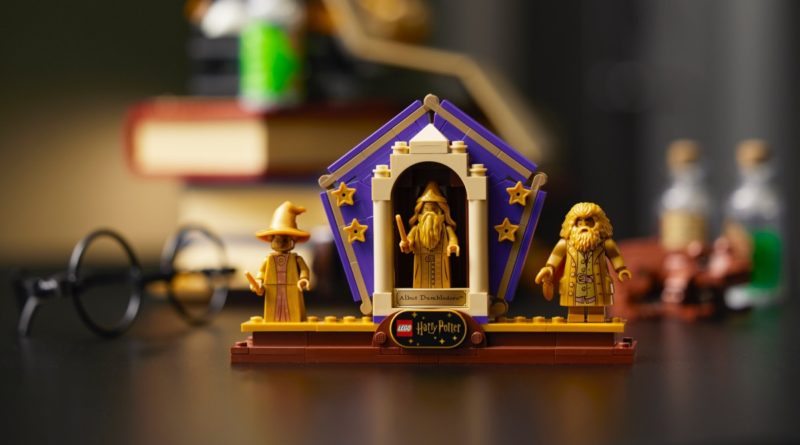 LEGO Harry Potter 76391 Hogwarts Icons Collectors’ Edition includes a brick-built Chocolate Frog, but how does it compare to the real, non-magical deal?

Whilst 76391 Hogwarts Icons Collectors’ Edition features a variety of props taken straight from the movies and rebuilt in LEGO bricks, many of the items can be hard to place next to their on-screen counterparts, but one tasty item is available outside of the magical world.

LEGO YouTuber PotterMinifigPals has managed to acquire a real Chocolate Frog and compared it with the brick-built version in a new video. Notably, only the box is subject to comparison as the sweet contained within would have been around eight years old, and probably not in a state to show on camera. Still, we can see how the LEGO designer’s interpretation of the purple and gold card stacks up to the real thing and if the brick-built frog is a suitable stand-in.

When placing the minifigure-holding build next to the Chocolate Frog, the similarities become clear with the basic pentagonal shape and brown patterns captured accurately. Notably, the intricate wall design is missing but the stars help to fill in the gap without adding unnecessary detail.

The sizes between the two differ only a little, with the overall scale being the same and the brick-built card accurately fitting into the real box. The Chocolate Frog is also small enough to fit inside the packaging, making it a suitable replacement for when you’ve finished the real thing but still want a piece of the Wizarding World on display.

the LEGO Chocolate Frog is available in 76391 Hogwarts Icons Collectors’ Edition, and we’ve got an in-depth written and video review for you to dig into and discover every reference and detail in the massive Harry Potter set.