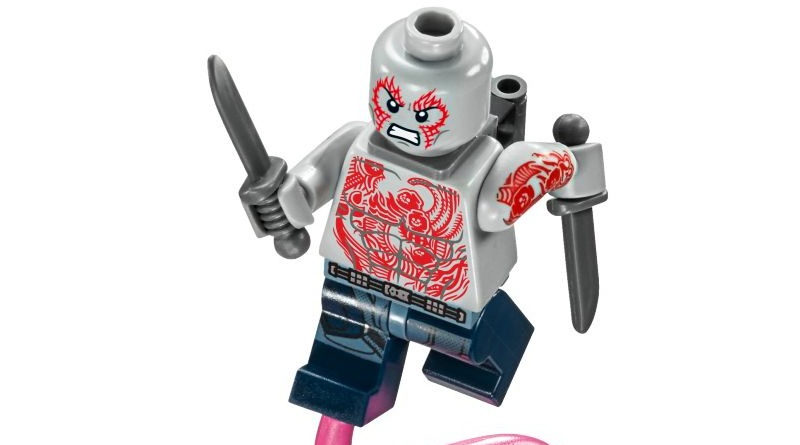 A LEGO Marvel Guardians of the Galaxy minifigure might be about to drop in price, as a new design for the character indicates that a new version could be on the way.

Following the announcement that Square Enix is releasing a new Guardians of the Galaxy game, and with the LEGO Group’s recent track record of having Marvel minifigures feature designs inspired by their titles – including last year’s Avengers game – we can’t help but wonder if a new Drax minifigure might finally be coming next year.

The character has only had two minifigures across two sets, 76021 The Milano Spaceship Rescue and 76081 The Milano vs. The Abilisk, and is missing from the newer 76193 The Guardians’ Ship. As such, his price on the secondary market is high, selling for as much as £49 on BrickLink in recent months.

Square Enix’s version of Drax can be seen above, with a more refined design that features simplistic tattoos in the form of curved lines and a large red area. It might be that the LEGO Group will draw from this design for future versions of the character.

This is only speculative, and nothing is currently confirmed by the LEGO Group. However, we can only hope that a future appearance of LEGO Drax the Destroyer is on the horizon. In turn, it should at least reduce the price of the MCU minifigure for builders wanting to keep things consistent.