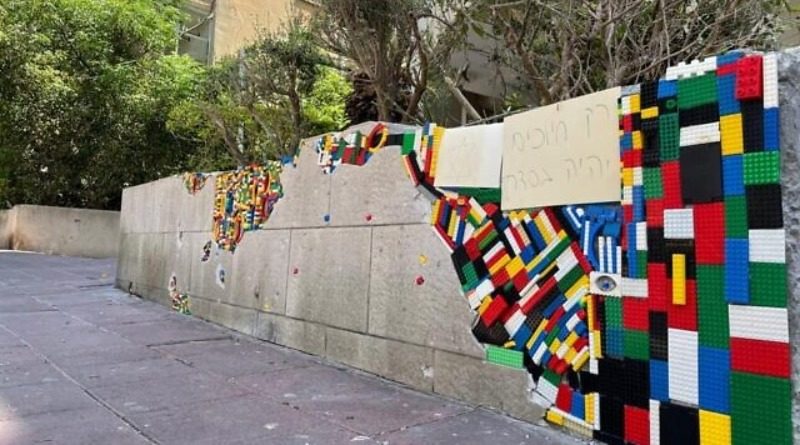 An Israeli architecture student has repaired holes in buildings made by Hamas rockets using LEGO bricks.

Ramat Gan is one of the areas in Tel Aviv that has been severely damaged by Hamas rockets during the 11 days of violence in the area during May. Architecture student, 24-year-old Raz Sror, set out to repair the holes left behind by the rockets as part of a school assignment – but he chose an unlikely building material: LEGO pieces.

“I had an idea for a cute initiative for the children of the building and the area who see all the holes and damages in the perimeter of the building,” Sror wrote on Facebook. “We can fill them in with LEGO and bring a smile to the faces of everyone who passes by.”

The project, titled ‘The Imperfection of the Whole’, is made up of LEGO bricks that Sror either bought himself or sourced from local friends. He did the work alone, but said that many passersby offered words of encouragement as he built. It took him several days to rebuild the wall, gluing the LEGO pieces in place as he went.

“I wanted to create a contrast between the destruction to the building with something that is so completely unrelated,” Sror told Channel 12 News in a live broadcast. “But that it will make people smile and that won’t be something that will go unnoticed.”

The result of his hard work is a colourful section of the wall, made out of a patchwork of LEGO baseplates, with smaller bricks filling in gaps towards the side. Sror took to Facebook once again to thank the local community for their support.

“This was one of the most fulfilling days I’ve had in my life,” Sror wrote. “Thank you to all of the community who came and gave endless compliments.”