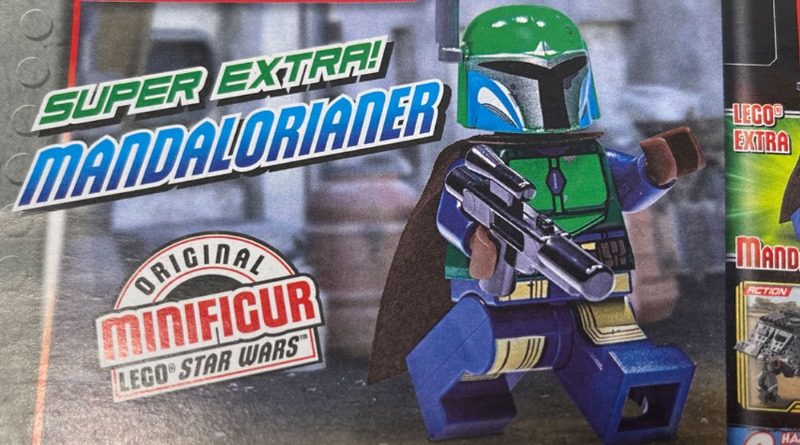 An upcoming issue of the official LEGO Star Wars magazine will include a free Mandalorian minifigure.

Alas, it’s not the most-wanted Mando from a galaxy far, far away. You’ll still need to pick up 75299 Trouble on Tatooine from January 1 to get your hands on Din Djarin in his Beskar armour. But it’s still a very cool minifigure, as you’ll know if you already own a copy of 75267 Mandalorian Battle Pack, which is where the colourful character originates.

Issue 66 of the LEGO Star Wars magazine has only just arrived on shelves in the UK, so this information has come from the German magazine (via Promobricks), which is currently an issue ahead. Issue 67 includes a buildable TIE Interceptor mini model, and previews Issue 68’s Mandalorian minifigure on its inside back cover.

Based on the current release schedule of the LEGO Star Wars magazine, Issue 68 should arrive in the UK in February. We’ve got a little while to wait, then – but in the meantime, Issue 66, which contains a buildable Obi-Wan’s Jedi Interceptor, is available now. We’ll have a closer look at that issue for you soon.

The previous issue of the LEGO Star Wars magazine included a rare version of Luke Skywalker in his Bespin outfit, which has previously only appeared in 75222 Betrayal at Cloud City and 75294 Bespin Duel. Don’t worry if you missed it, though – the wider availability of the character has seen its aftermarket price tumble.