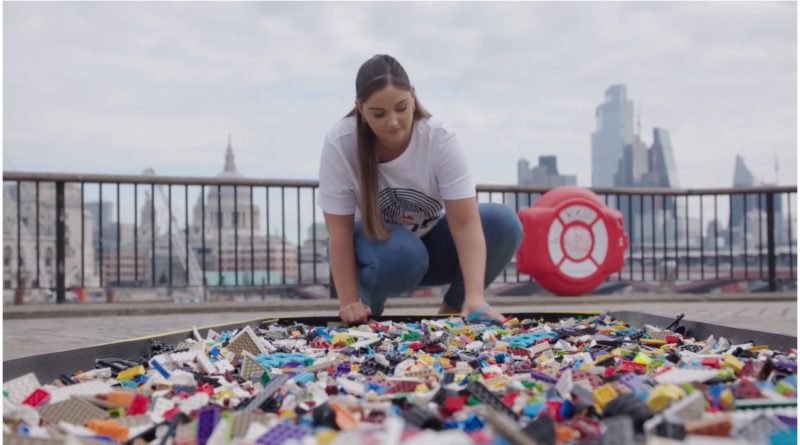 The act of courage was immortalised online, thanks to a video posted to YouTube. LEGO bricks are notoriously painful to step on with your bare feet, inspiring numerous memes and references outside LEGO itself. Fortunately it’s all for a good cause: raising funds for Comic Relief’s Red Nose Day campaign.

The video forms part of a wider charitable effort on the part of the LEGO Group recently, who has been partnering with Comic Relief for other activities. An example of this is a range of free educational activities, as well as a series of videos on the Comic Relief website. These encourage you to build LEGO environments for your own Red Nose, which – this year – draw inspiration from various animals.

The idea of stepping on LEGO has been explored in other ways over the last few days. Polish artist Pawel Jonca has produced a poster which depicts a bear stepping on LEGO, in reference to the Russian invasion of Ukraine. Purchasing a high-res version of the poster will send money to Ukrainian relief efforts, and it can even be printed on T-shirts for personal use.