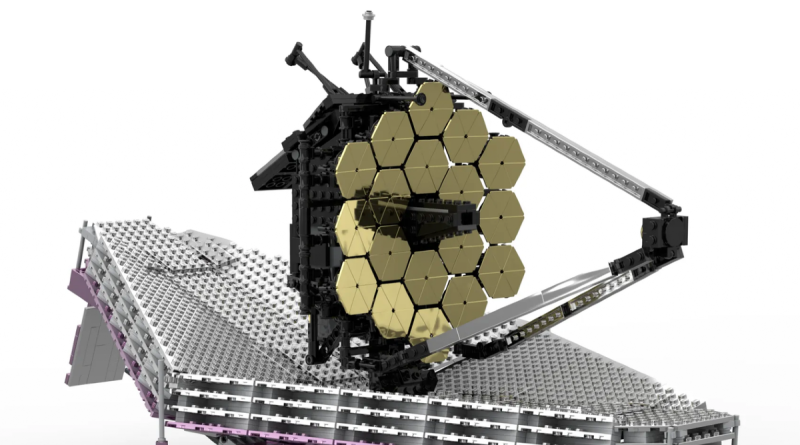 Another model of the James Webb Space Telescope has garnered 10,000 supporters on the LEGO Ideas site, and could become an official LEGO set in the future.

Launched on Christmas Day in 2021, the James Webb Space Telescope is capable of viewing celestial objects that are vast distances from Earth. The first operational image taken by the telescope was revealed to the public by NASA in July 2022, with subsequent images very popular online. However, the telescope may need additional calibration to ensure the data it collects is accurate.

In any case, the telescope has become something of a pop culture icon – which may explain its arrival in LEGO form. LEGO Ideas user tonysmyuncle has produced a model of the telescope for the LEGO Ideas platform, and it has gained 10,000 supporters in less than a month. This qualifies the set for the LEGO Ideas platform’s third 2022 review stage, which means (following the necessary assessment by the LEGO Group) we could see the set arrive on store shelves in the future.

If this set looks strangely familiar to you, that’s because this model has actually been submitted before now. A version of the telescope (also created by tonysmyuncle) qualified for the LEGO Idea third 2021 review stage last October, but was ultimately rejected.

The new version is practically identical to the old one, barring some slight part tweaks and colour updates. It’s unclear if these amends will give the set the edge it needs to be turned into a proper LEGO set. However, unlike last time, the utility of the telescope has now been proven – and the LEGO Ideas theme has often embraced space-themed models in the past.

You can learn about all of the LEGO projects in the LEGO Ideas third 2022 review stage by clicking the links below: