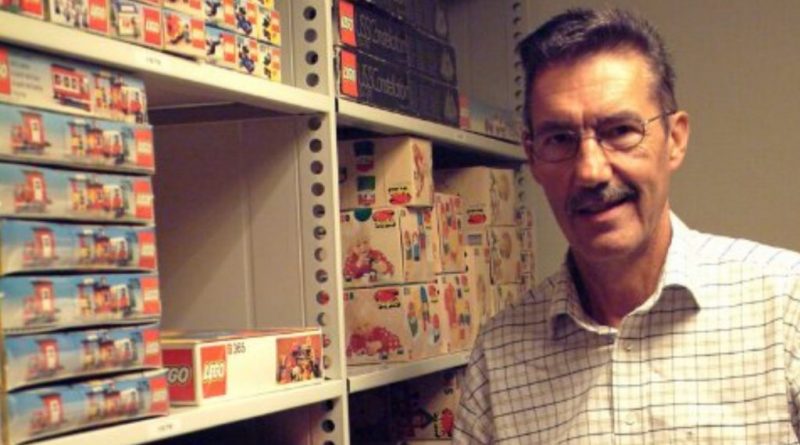 Jens Nygaard Knudsen passed away on February 19, 2020. He is, quite simply, a LEGO design legend and will be remembered by fans for his many impressive contributions to the LEGO portfolio in its golden era that still resonate today.

Back in the 1970s, the Chief Designer devised the LEGO minifigure and the themes that it would be part of; Space, Castle, Town and many others, including some that never made it off the drawing board.

Last year I had a conversation Niels Milan Pedersen, a LEGO designer of great repute. He now works mainly in element design, but back when he started with the LEGO Group was responsible for LEGO Pirates. As that was my childhood favourite theme, I was speaking to someone who I had a great deal of admiration for.

But almost immediately in our conversation, Niels started to lavish praise on someone else, who he felt was a creative genius: “My boss was a guy called Jens Nygaard Knudsen, I think he put it through that we should make a Pirates theme. He was really one of the most inventive guys we have ever had at LEGO.”

The interview I was conducting appears in Brick Fanatics Magazine (Issue 10 for anyone who would like to read it in full). Jens’s name came up again during the interview, with Niels making reference to just how many ideas he had and how many concepts he had come up with. It was clear through how enthusiastic he was that this was someone he had a great deal of respect for.

“When we were brainstorming, I think that Jens really wanted us to make a Wild West theme because he liked that a lot,” Niels recalled. “I can’t remember who actually came up with the Pirates theme first, because when I came as the new guy I had a lot of ideas – ‘oh we are going to make this and make that’ – Jens would say, ‘that is a good idea,’ then he would pull something out of a drawer that would be the thing you were talking about. They had tried everything.”

In a heartfelt tribute to his friend and colleague last week shared through Facebook, Niels wrote the following:

“Few have ever had as much imagination and creative power as he and no one who has got to know, or simply met Jens will be able to forget his amazing, lovely and positive personality. LEGO fans around the world should know that perhaps the most important ever creator of the LEGO Universe is no more. Honour his memory. His equal no longer exists.”

Recalling our conversation, I was completely unsurprised at how forthright his praise was. One story in particular that Niels recounted is an occasion when Jens made sure that a certain LEGO set had just the right design, with a chocie that helped it become a classic. I asked Niels if he has a favourite LEGO Pirates set:

“I must say the Black Seas Barracuda, the big ship is still my favourite set. It did everything right. I remember I didn’t like the red and white stripes sails at the start. It was actually Jens who said it should have those striped sails. But I said, ‘sailing ships, they didn’t have stripes’. Even the Viking ships might not have had striped sails, so I remember I was a little annoyed. Of course now when I see it that is part of the charm of the thing and makes it so colourful. I am quite proud of that model, I have to say.”

In many small ways just as in many great ways, Jens Nygaard Knudsen worked on the sets and themes that drew so many people into the LEGO world. Given how much colleagues throughout the LEGO Group such as Niels have paid tribute to his creativity and personality, he clearly inspired those he worked with as well as fans around the world.