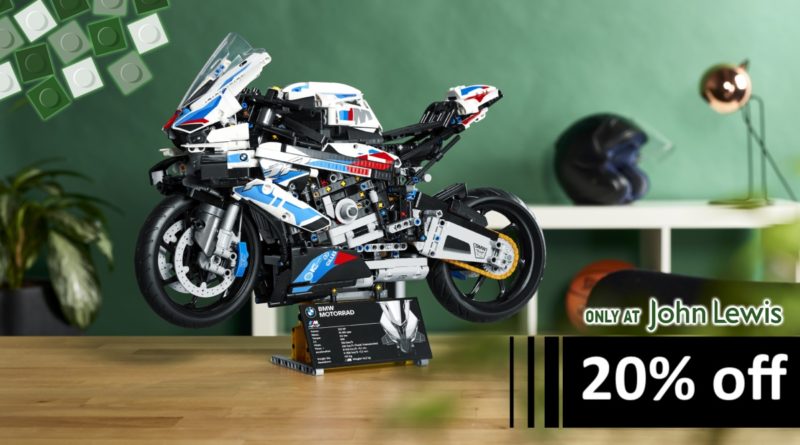 John Lewis is celebrating Easter by reducing almost 50 LEGO sets by 20%, including a number of new releases now available for their best price yet. This offer is only running for a limited time, while stock is subject to availability.

Click through any of the affiliate links on this page to browse the full LEGO range at John Lewis now.

Among the headline sets on offer are a couple of new LEGO Technic models that have attracted a lot of interest since their release. The elusive 42141 McLaren Formula 1 Race Car has been reduced to £127.99, which is a saving of more than £30 on its RRP of £159.99 and the best price we’ve seen for it to date. Stocks are in very short supply though so you’ll need to be quick off the mark with this one.

42130 BMW M 1000 RR is another high-interest set that’s just been released. John Lewis has stock and is offering a discount of £35 to bring down the price to £139.99. There’s also a best price available on LEGO Harry Potter offering 76392 Hogwarts Wizard’s Chess. Exclusive to John Lewis and LEGO.com, it costs £47.99 in the current Easter sale.

From 42127 THE BATMAN – BATMOBILE to 76399 Hogwarts Magical Trunk, there are dozens of great John Lewis LEGO deals everywhere you look across this sale. Stocks are limited though, so you’ll need to be quick in placing your order – which will be delivered free of charge when you spend £50 or more.

And when you purchase your latest LEGO sets through one of our affiliate links, you’ll support the work we do here at Brick Fanatics.