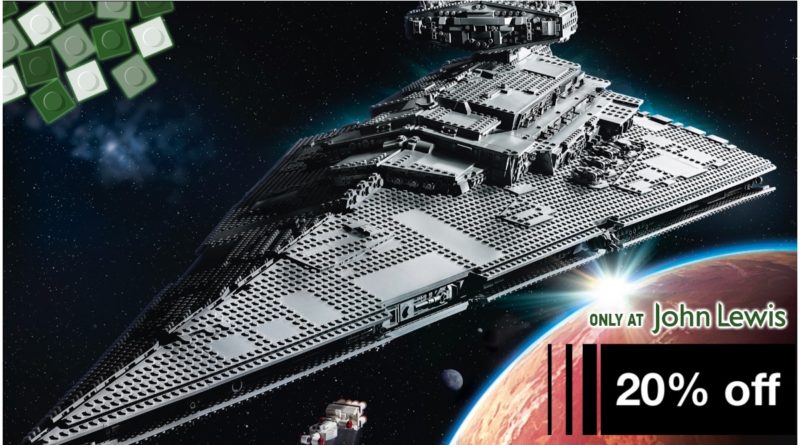 Measuring 110cm long, 66cm wide and 44cm tall, 75252 Imperial Star Destroyer makes for a brilliant centrepiece of any LEGO collection. An exciting build that you can show off on the included display stand, there’s also an information plaque in the box with this highly collectible piece.

This iconic warship featured in the opening sequence of Star Wars: A New Hope, and 75252 Imperial Star Destroyer is packed with authentic details. It includes swivelling guns, massive engine exhausts and a tilting radar dish, as well as a buildable model of the Rebels’ Tantive IV starship.

You’ll also find Imperial Officer and Imperial Crewmember minifigures inside the box, along with two blaster pistol weapons. Available for one of its best prices yet with an enormous 20% off, this is a standout deal in the John Lewis LEGO sale.

Order yours now and you’ll get free delivery, while ordering through one of our affiliate links means you’ll support the work we do here at Brick Fanatics.