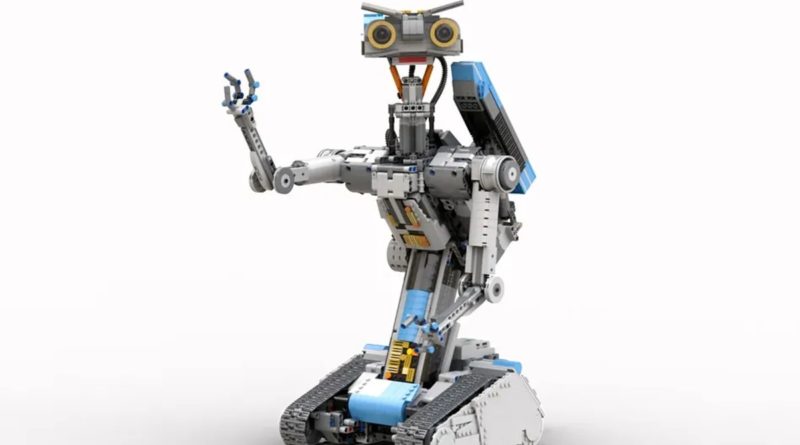 Johnny 5 is alive as another LEGO Ideas project has managed to reach the required 10K supporters to be considered for a future set.

LEGO Ideas might continue its trend of representing classic movie icons in the future as who else but Johnny 5 has now entered the third 2021 review phase with a motorised model depicting the robot at a smaller, but detailed scale.

Coming from user RJ BrickBuilds, who is now the latest member of the 10K club, their brick-built recreation of Johnny 5 from Short Circuit in 1986 with 2,711 pieces, meaning that if it is chosen for an official creation, it likely won’t be quite as big as the new 21330 Home alone – the biggest build in LEGO Ideas yet. It follows a similar project making it to the required amount of supporters in 2016.

Moving elements of the proposed model include tank tracks and a skid steer, the body, arms, head, eyebrows and a laser all designed to be controlled with the Powered UP app. In the description, it’s mentioned that the build is intended for those who were waiting for an official Johnny 5 toy in their childhood that was never released, now giving them a version of the character for their home.

Here’s every project in the third 2021 LEGO Ideas review round so far:

We’ve also got a guide on every upcoming LEGO Ideas set that is now in development, with images of the original fan designs.