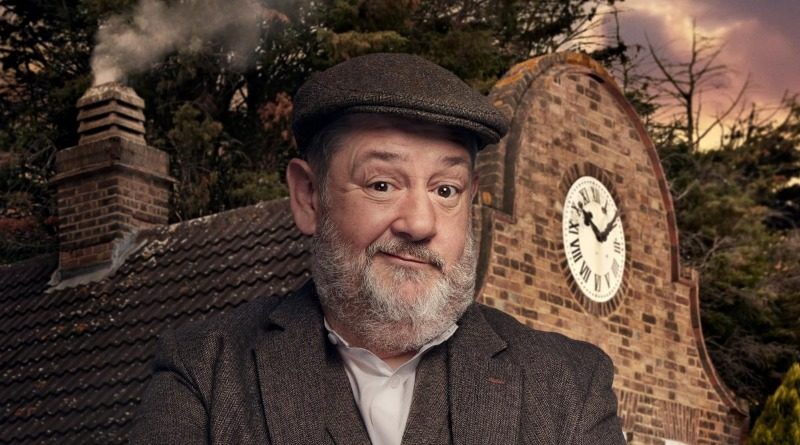 Comedian Johnny Vegas has shown off his narcissistic side by commissioning LEGO minifigures of himself for TV game show Taskmaster.

The Channel 4 show pits celebrities and comedians against each other in a series of inventive and inane tasks. Each episode kicks off with a ‘prize task’, in which contestants have to bring in an object that fulfils specific criteria. All five of these random objects are then bestowed upon the episode’s winner. (It’s not very glamorous.)

In this week’s episode – the sixth in Series 10 – the show’s hosts Greg Davies and Alex Horne asked their contestants to bring in ‘the most narcissistic thing’. For Daisy May Cooper, that meant a sculpture of her own face. Mawaan Rizwan brought in a shrine to himself. But the face of PG Tips went one step further. Behold: LEGO Johnny Vegas.

“I have a son, he loves LEGO, so I thought I would force my way into his world by making miniature LEGO figures of myself,” he explained, before talking through the minifigures on show.

“That’s me as a teenager, that’s me finding out my partner at the time was pregnant. That’s me playing for St. Helen’s. That’s me promoting teabags with a monkey while being a potter and drinking Guinness. And that on the end is me and former contestant Sian Gibson.

“What Sian doesn’t know is sometimes at night I stand over the two of them and she’s going, ‘You’re a really good actor, Johnny, you should do more serious drama.'”

His gambit did the trick, too, scoring the comedian four points. That put him in second place for the task, just behind Rizwan’s shrine. (And to be fair, it doesn’t get much more narcissistic than that.)

“Johnny commissioned some LEGO of himself,” Davies reflected. “Why? You’ll have to talk to him in a pub about why.”

This isn’t the first time Vegas has crossed paths with the LEGO community. He also appeared on LEGO MASTERS Series 2 in 2018, during which contestants were tasked with building a bust of his face. You can check out our interview with the comic here.