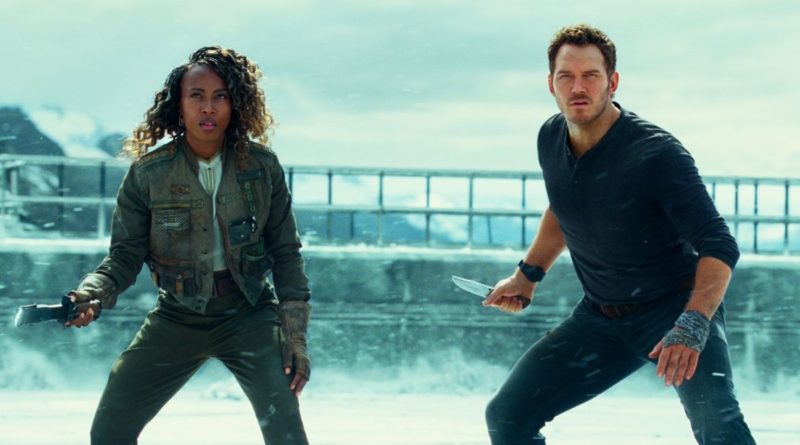 A new character featuring in Jurassic World: Dominion has been revealed, hinting at a potential minifigure in the LEGO sets based on the film.

The Twitter account for the upcoming Jurassic World: Dominion movie has shared a new image from the project that features a new actor and character for the franchise. DeWanda Wise will play a fresh role in the film, though their name has yet to be revealed.

The scene showcased unveils that DeWanda Wise’s character will be joining forces with Chris Pratt’s Owen Grady during the events of the movie, both wielding weapons and preparing to face off against an unknown threat, though it seems likely to be a dinosaur.

LEGO sets based on Jurassic World: Dominion have been confirmed for launch in April and past models for previous movies have included all kinds of characters that were featured in the story from the common Owen Grady to the rarer Zach and Gray Mitchell. From this, it seems possible that DeWanda Wise’s unnamed role could get a new minifigure.

Jurassic World: Dominion will launch just after the corresponding models on June 10, and we’ve already had a sneak peek at the film thanks to the release of the first five minutes. Marketing for the movie has also recently revealed a new dinosaur that could be included in the sets too.

Support the work that Brick Fanatics does by purchasing your LEGO Jurassic World through our affiliate links.

One thought on “Jurassic World: Dominion character reveal may hint at LEGO minifigure”