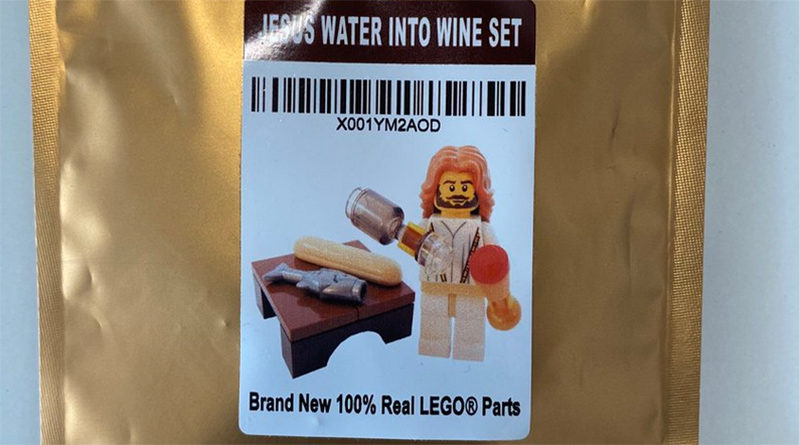 In an entirely visual tweet, Kanye West has shared a picture of a custom LEGO Jesus product with his 31 million followers.

Kanye West tweeted out a picture of a ‘Jesus water into wine set’, which is labelled as being made with 100% official LEGO parts. It’s not an official LEGO product, but like the many custom printed minifigures out there, it seems to be made with official elements.

The little set includes a Jesus minifigure, wine bottle, glass, bread and fish – everything needed to recreat a key bible story. While the company behind the set is unclear, there is a listing for it on Amazon.

It’s not his first LEGO related tweet, as the rapper previously shared an image of his son, Saint West, with LEGO Ideas 21311 Voltron.

Yesterday also saw reports in the tabloids that his wife, Kim Kardashian, intends to divorce West.

Many celebrities have been sharing their LEGO experiences, particularly during the coronavirus pandemic, which may have contributed to a boost in sales. Given West’s recent controversial statements, it may be an endorsement the LEGO Group would rather avoid.