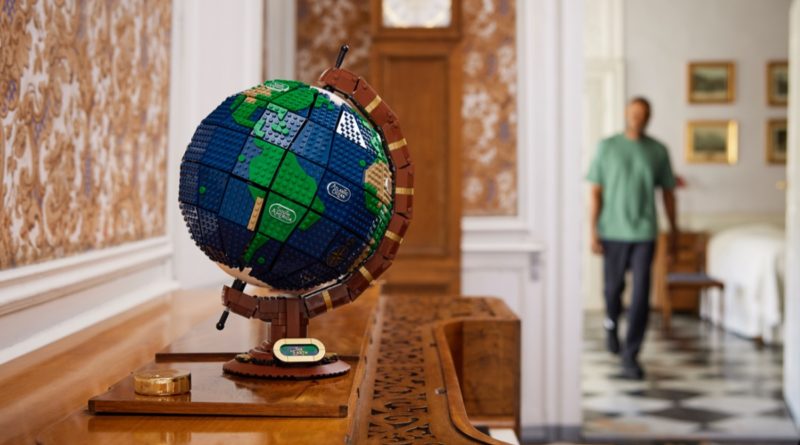 LEGO Ideas is home to a selection of huge, fan-inspired models and the newly revealed 21332 The Globe has been added to that list.

From musical recreations to nostalgic revisits to a long-retired theme, here are the five biggest sets from LEGO Ideas so far:

21322 Pirates of Barracuda Bay is now retired, though was a popular LEGO Ideas set when it was available. The 2,545-piece model was frequently out of stock on the official online store and any restocks would quickly sell out.

As the most recent LEGO Ideas set, 21332 The Globe includes 2,585 bricks to make up a life-sized map of the world. That piece total just beats 21322 Pirates of Barracuda Bay for the fourth spot on this list by 40 elements.

The huge model will allow you to plan your next trip with an intricate recreation of the world and features glowing labels to help educate any aspiring travellers too.

21318 Tree House weighs in at 3,036 pieces with a selection of that total being made from real plants as part of the LEGO Group’s commitment to sustainability.

The natural build includes a home sitting in the branches of a large brick-built tree with the amenities you might expect from one on the ground. A staircase allows the minifigure family to ascend to the top of the model while a crane hoists their luggage up.

Originally launched in 2020, 21323 Grand Piano is one of two musical models in LEGO Ideas but is the bigger build at 3,662 pieces. That parts total makes up the sleek exterior of the creation as well as the mechanical interior that allows 21323 Grand Piano to function and play sounds when using the Powered Up app.

You can still get 21323 Grand Piano on the official online store with the retirement not planned until the end of 2024.

Such a huge total was all but necessary for transforming the iconic home into bricks with an interior packed with references to the film as well as side builds for the Wet Bandits’ Van and the tree house.