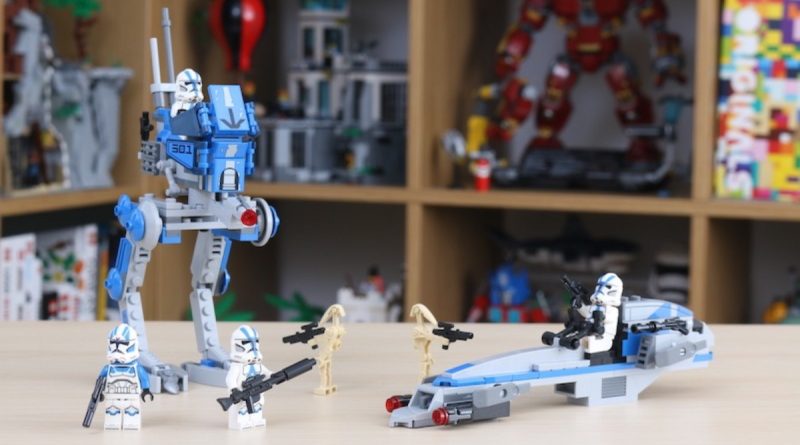 Time is running out to stock up on regular infantry in LEGO Star Wars 75280 501st Legion Clone Troopers, which will reportedly be replaced by a box of specialist soldiers in 2023.

Among the first list of rumoured LEGO Star Wars sets for 2023 is 75345 501st Battle Pack, which is thought to include two Heavy Troopers, a Sniper and a Commander (not Rex, if you’re wondering). Those are all classes that appeared in EA’s Star Wars: Battlefront II (albeit under different names), but more importantly, they’re not necessarily minifigures you’ll need dozens of – at least compared to the regular troopers in the current set.

For a more balanced army, you’ll basically want to stock up on as many copies of 75280 501st Legion Clone Troopers as possible – but time is rapidly running out to do so, because the 2020 set will finally retire by the end of this year. According to Brick Fanatics’ sources, the longstanding supersized battle pack – which includes 285 pieces and six minifigures for £24.99 / $29.99 / €29.99 – will leave shelves by December 31, 2022 at the latest.

If it exists, 75345 501st Battle Pack will reportedly then launch January 1, 2023, as a straight swap for its predecessor. It makes sense to only have one 501st-themed set on shelves at once, to offer better variety across the rest of the product range – but it does mean now’s the time to amass any final armies of 75280 501st Legion Clone Troopers’ three regular soldiers and one Jet Trooper.

Come January, should current rumours pan out as expected, you’ll only be able to buy specialist classes through primary channels: for standard 501st troopers, you’ll need to turn to the secondary market. If you don’t want to be caught out later, best devote some of your current LEGO budget to 75280 501st Legion Clone Troopers while you still can.

Click here for a complete list of LEGO sets retiring in 2022, and head here for a rundown of every LEGO Star Wars set rumoured for 2023 (so far).