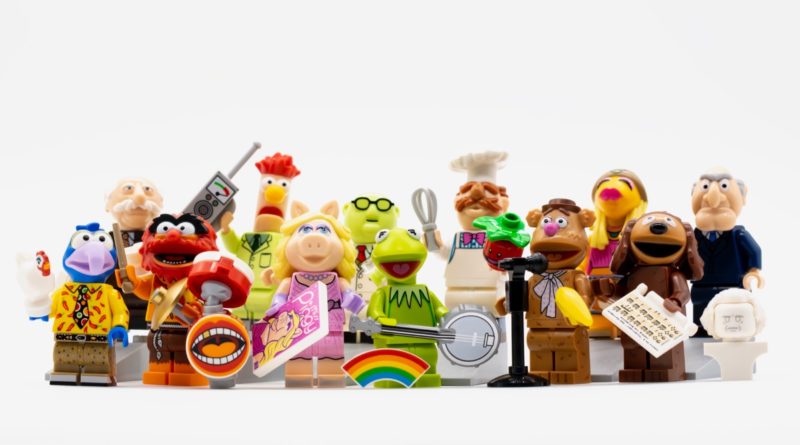 Time is almost up to complete your collection of LEGO 71033 The Muppets minifigures, as the blind-bagged series is set to be replaced by a brand new band of characters next month.

Few LEGO products enjoy such a short shelf life as the Collectible Minifigures, which are regularly rotated in and out of production every four months. New series typically arrive in January, May and September, offering a very narrow window in which to complete your line-up of any dozen minifigures – and the same is true for the latest series, 71033 The Muppets, which will retire by August 31.

That means you’ve now got less than two weeks to grab any you’re missing, from Kermit the Frog (who’s proved especially hard to come by in some LEGO Stores) and Miss Piggy to Animal and Rowlf the Dog. This year’s only licensed series is bookended by 71032 Series 22 and the upcoming 71034 Series 23, which launches at LEGO.com, in LEGO Stores and at third-party retailers on September 1.

Like 71033 The Muppets, that will be one of the few remaining series packaged in plastic bags, as the LEGO Group transitions to cardboard packaging by September 2023. (Good for the environment, bad for feeling out particular minifigures.)

Head here for our review of all 12 characters in 71033 The Muppets, as much to check which ones you’re missing as anything else. They’re all worth picking up – you can’t really just have one or two Muppets – and given how many A-listers are in this dozen, a second series feels relatively unlikely at this stage. That means this could be your only opportunity to get your hands on these characters, so get them before they’re gone for good.

For a complete overview of every LEGO set retiring in 2022, click here.